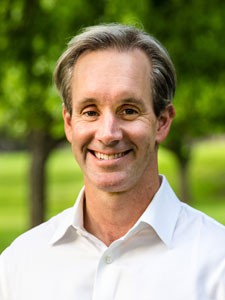 Dan is an Investment Manager based in Houston that focuses on developing and managing quantitative, systematic strategies on behalf of clients.  He is a Managing Member and Founder of Glenhaven Capital LLC, a Commodity Trading Advisor, as well as the Managing Member and Founder of Evan Capital LLC, which is a Registered Investment Advisor in the State of Texas.  He holds a BA from Vanderbilt University and an MBA in Finance from the NYU Stern School of Business.

Dan’s mother, Linda, passed away from cholangiocarcinoma in 2007 following a 10-month battle.  Dan, along with his father, Mel, and sister, Amy, have been involved in the advocacy for cholangiocarcinoma research since 2007 in various capacities.  Dan became involved with the Foundation after attending his first annual meeting in 2016.  Dan is also highly involved at MD Anderson as a member of the Advance Team, which is a group of young professionals that serve as ambassadors for the institution.

Home > Board of Directors > Dan Blum

Posted in Board of Directors
WordPress Image Lightbox Plugin