Jeffrey Roger Godbee, 54 was diagnosed with Cholangiocarcinoma on November 24, 2020 and on Monday, February 8, 2021 was called home to be with the Lord.  Jeff was the type of man that fought until the bitter end for what he believed in and he believed that he would be healed and live at least 20 more years because we had plans to travel and grow old together.  Jeff and I met January 12, 1987, I was 16 and he was 20.  When I introduced him to my mom all she could do was laugh because she knew exactly who he was and proceeded to remind me that I hated his guts when we were little.  It’s funny how things come full circle in life.  We dated for 5 and a half years before getting married and had our 2 amazing children.  Jeffrey, 25 and Ashton Leigh 22.  They are both the lights that lit up Jeff’s heart.  Jeff was my husband, Best Friend and Soul Mate for 34 years and to lose him to such a horrible disease and at such a young age is just devastating.  I pray that the donation we help provide will give someone else who has to endure the same type of cancer a chance at a longer life with the research and continued search to find a cure.

Jeff worked in the Auto Parts industry most of his adult life as well as owning his own trucking company for several years.  He had a passion for dirt track racing running in the dirt Late Model Series division winning a championship in 1999 at Jax Raceways in Jacksonville, FL.  He was a great competitor and friend to so many.  He was the type of person that never met a stranger and would do what ever it took to help some one in need without expecting anything in return.  He will be sorely missed by his family and friends. 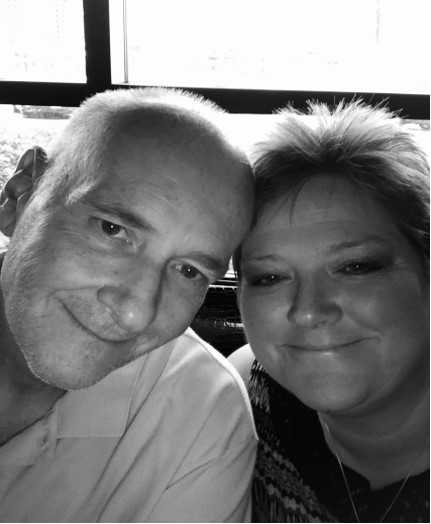 Click here to contribute in the name of Jeffrey Roger Godbee