“Toto, I have a feeling we’re not in Kansas anymore!” I had been waiting to say that through the first 41 states I visited. Now that I’m in NE., it’s officially stated! I believe just about everyone has seen the Wizard of Oz at least once in their life, and most people immediately recognize that line. Linda and I visited parts of KS along with other adjacent states early last year (pre-Covid), and we actually visited the OZ Museum in Wamego, KS. Although relatively small, we thought it was well done.

Believe it or not, another reason we were in KS., was to visit the World’s Largest Ball of Twine, in Cawker City. Why you ask? It all started a number of years ago when my friend Rick LaRue said “Dave, you think you’ve been everywhere, but you’ve never seen the largest ball of twine”. Well, that did it. I made a promise to myself that if I ever had reason to be within a few hours' drive of Cawker City, I’d go see it. End of story. That was until today!

After leaving Kansas City, MO, this morning, I made my way to Hope, KS; my 17th town named Hope.  With about 400 people, Hope, KS has the median population of the 23 Hope’s in the lower 48 states. I was somewhat surprised to see that there was actually a blinking yellow light in the center of it all! While in Hope, I was able to participate in an interview for CURE Magazine. This gave me another opportunity to speak about the Journey of Hope, our daughter Sarah’s journey, and the great work of the Cholangiocarcinoma Foundation.

From Hope, I put North Platte, NE., into my GPS, and started driving another 330 miles. This included U.S. 81 northbound, then west on U.S. 24. As soon, as I got on U.S. 24 things immediately looked familiar to me. I recognized the roadway, the location where someone was kind enough to flash their lights warning of a hidden police speed trap, and along Waconda Lake, where a pheasant flew into the left front fender of the car, scaring the heck out of Linda and me, plus causing about $1,000.00 in damage to the rental car. I knew I was on the road to Cawker City, once again. What were the chances? Most people could care less about seeing the twine ball once, let alone twice!

When I pulled up at the pavilion covering the ball of twine, I saw a man and a woman walking down the street, each with what I initially thought were baby strollers. It turns out the strollers weren’t for children, but for each of their supplies; as they are walking across the United States. Yes, you read that correctly. They are Chris Rea, and Erin Dietrich, who live in the suburbs of Minneapolis, MN. They flew from their home in MN., four months ago, to the ocean in Lewes, DE., where they started walking. Erin’s 71-year-old mother actually walked the first 800 miles with them; over the Appalachians, all the way to Cincinnati. To date, they have been spending most nights sleeping in a tent, behind churches, or even in barns. When Chris learned that I’ve been staying in hotels, he looked enviously at me, and said, “you mean with a shower?”.

Chris and Erin said they are doing this “walk” just for themselves. It wasn’t until later in the day that I looked at the back of the business card Chris gave me and saw information about the Ann Bancroft Foundation; a mentoring program for girls, in St. Paul, MN. 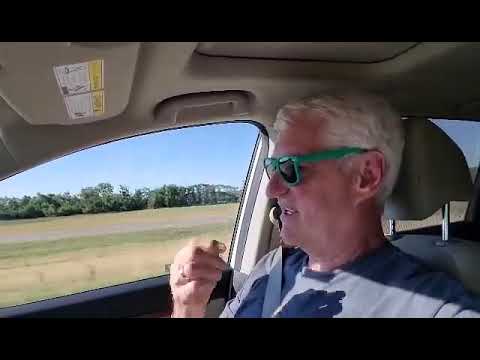 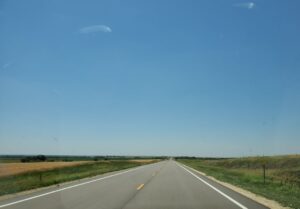 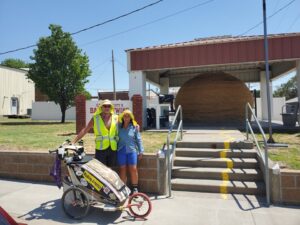 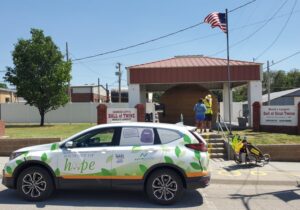 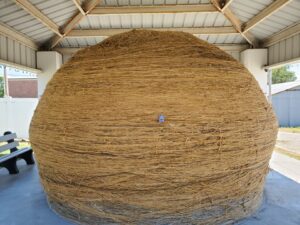 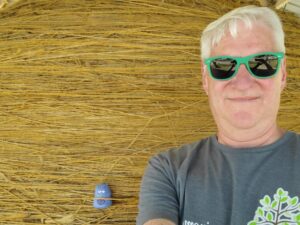 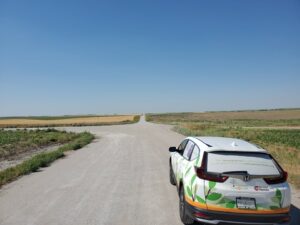 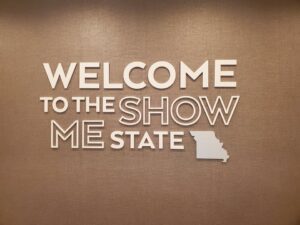 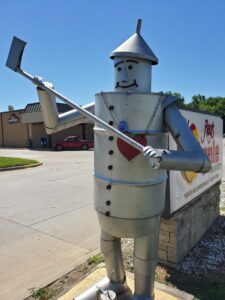 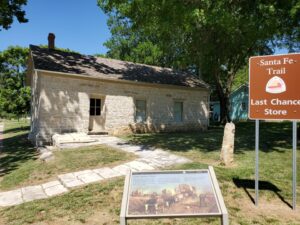 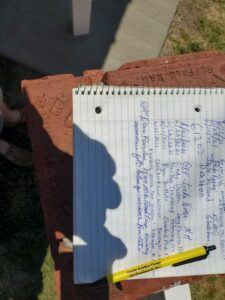 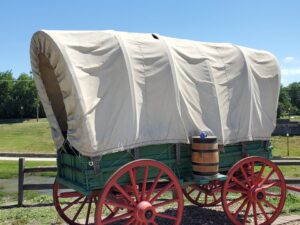 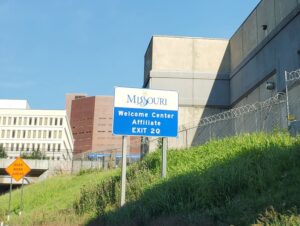 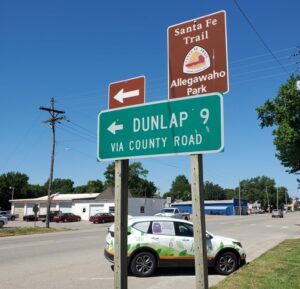 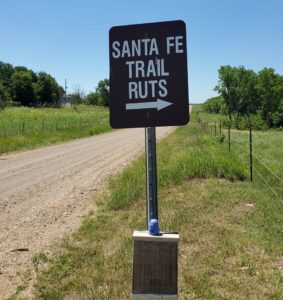 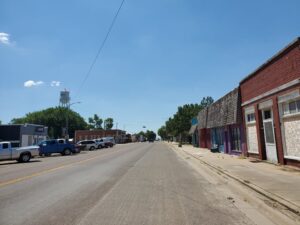 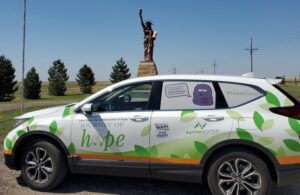 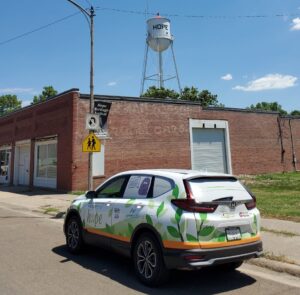 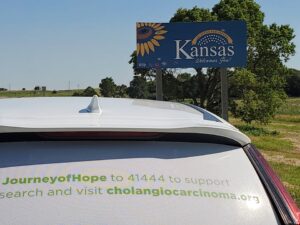 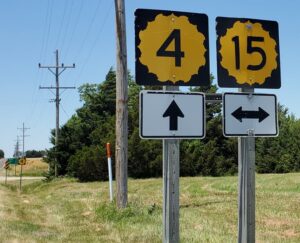 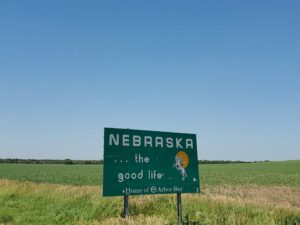 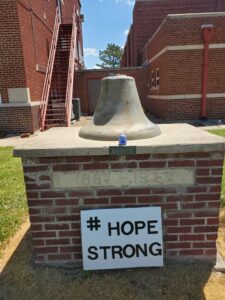 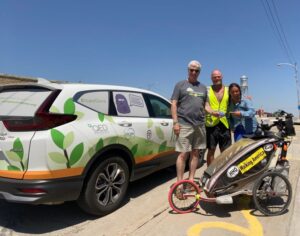 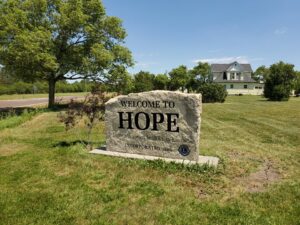