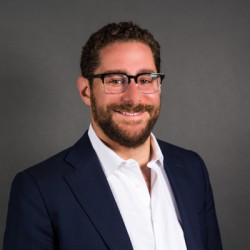 Ross is an Investment Professional with a New York based alternative asset manager where he focuses on making investments in private energy companies. Previously Ross worked as an investment analyst in the energy private equity group of Och-Ziff Capital Management and is active in working with a number of small companies outside of the energy space. Mr. Green received a B.S. in Mechanical Engineering from Washington University in St Louis. Ross began working with the Cholangiocarcinoma Foundation in 2014 after his father, Bart Green, was diagnosed with cholangiocarcinoma. Ross joined the board of the Cholangiocarcinoma Foundation in 2017.

Home > Board of Directors > Ross Green

Posted in Board of Directors
WordPress Image Lightbox Plugin