Science has never been my forte.  That’s not to say it disinterests me, but it never held my attention like the humanities.  For someone who has no natural talent for biology, however, I spend an inordinate amount of time thinking about cells.  I ponder the cells dividing in my own system, somewhat dispassionately considering the nature of the damaged ones who first slipped through the cracks of my immune system.  I anthropomorphize the pioneer cholangiocarcinoma cell that decided to depart from the safety of his tight-knit hepatocellular community to break off into my bloodstream and take up residence in my lungs.

I think of those cells not as invaders, but instead as settlers who didn’t ask to exist and are now doing their best to make the most of their situation.  I picture them huddled in little cell houses harassed by neighbors who want them evicted and an HOA that occasionally wipes out whole communities with meticulously dosed napalm.

This is the scene an imaginative mind creates to cope with the damage of disease.  It’s easier for my mind, challenged by the complexity of the science and engineered to assume innocence, to look at my cancer as an interdependent organism that I could happily coexist with if it would just stop trying to cross the abdominal channel and invade healthy tissue to the north.

In this way I can manufacturer an elegance around a reality that both frightens and confounds me.  Instead of anger, I feel almost a sympathy towards those cells.  Like me, they just want to live (I know they don’t have the power of reason, but let’s indulge my fantasy here).  This isn’t a symbiotic relationship though, only one of us can ultimately survive, and as tender-hearted as I sometimes feel towards those little cellular communities, I’m rooting for the HOA.

I used to think that my desire to find beauty in and design narratives around these intercellular happenings was inherently disparate from the science of my disease.  I assumed that those who understood the actual mechanisms behind cancer, from genetic alteration to cell proliferation, viewed the problem through the sterile lens of microscopes and petri dishes.  I viewed myself and the scientists as opposing poles representing left and right-brained thinking, them viewing the problem as A-T-C-G arrangements, and me visualizing colorful patterns weaving together into the organism that is Cait.

I was so wrong.

The Cholangiocarcinoma Foundation’s annual conference excites me for a multitude of reasons.  As a patient, I have the unique opportunity to interact with a diverse population of compatriots from around the world.  With our rare disease, many are lucky to meet even one person locally, but at the conference we form a small army of determined combatants.  We share war stories, compare battle scars, and discuss strategies for survival.

We also have the chance to interact with the clinicians and researchers who similarly travel from distant places to network and learn.  The basic scientists who routinely study cholangiocarcinoma on stained slides get to have breakfast with the unwilling hosts to that same disease.  They hear our stories, raise their eyebrows at our sometimes dark humor, wipe tears from their eyes when they hear us memorialize the friends we dearly loved and lost.

We get to listen to impassioned researchers present slides so heady that our eyes cross.  We often fail to comprehend the entirety of the presentations, but we follow enough to ask relevant questions.  When we see images of scopes carefully threaded through uncooperative anatomy, we find ourselves better appreciating the complexity of a problem that we don’t always consider in our desperation for a solution.

When you walk through the lobby at the close of the conference, it’s not uncommon to see the crowd of attendees exchanging embraces and warm goodbyes.  There is nothing clinical about the interactions.  There are no lab coats, no barriers, no strangers.  We’re just a group of people from diverse backgrounds, levels of education, talents, and perspectives hoping for the same future, one where science can help us overcome a devastating disease.

On more than one occasion at this year’s conference I heard members of the medical community refer to the ‘magic’ of this gathering.  Prior to my experiences with the Cholangiocarcinoma Foundation’s annual conference, I thought magical thinking was the domain of us right-brained dreamers and not the realm of science.  For my second year in attendance, though, I am reminded that we are united in our hope, enthusiasm, humor, curiosity, and even, imagination. 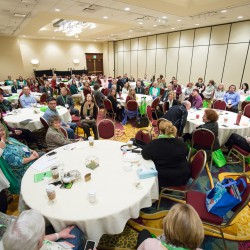 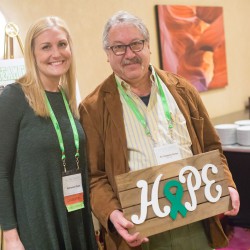 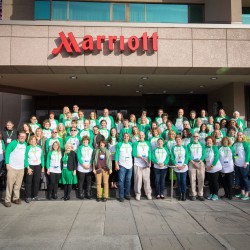 Stay tuned for our February 20th post highlighting some of the best experiences of this year’s conference followed by our March 6th science-based post on mouse models and avatars.