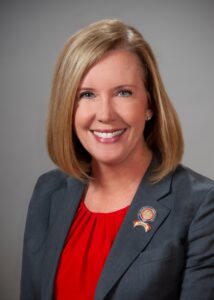 Cholangiocarcinoma (CCA), pronounced (koh-LAN-jee-oh-KAR-sih-NOH-muh), is a deadly bile duct cancer that is diagnosed in an estimated 10,000 people in the United States each year. The disease is the second most common primary liver cancer in the world. It is often diagnosed at advanced stages when treatment is only minimally effective, emphasizing the imminent need for novel therapies.

The Foundation supports Cholangiocarcinoma Awareness Month annually each February. During this month, the Foundation focuses its efforts to raise awareness about the lethal cancer with poor prognosis by supporting World CCA Day and sponsoring its own campaign, “Light it Green for CCA.” This campaign is comprised of volunteers from around the world who solicit high-profile buildings, hospitals, towers, and bridges to light green to spread awareness about CCA. They also light their own homes green to draw attention and pique interest.

Currently, there are no preventative or early detection diagnostics for CCA. Yet, the diagnosis of the rare cancer is increasing. Because there is no cure, CCA patients turn to experimental clinical trials, and invasive surgery paired with chemotherapy and radiation. When those methods prove unsuccessful, patients turn to palliative care. Such was the case with retired Ohio Lt. Stephen Wilger who passed away from CCA last month. He was the inspiration behind the legislation as a decorated law enforcement officer for the Buckeye State for 35 years.

“Ever since the day of my father's diagnosis I have been working to bring awareness to CCA,” said Becky Wilger Stapleton. “My father fought this cancer heroically for 10 months and I continue in his honor. My hope is that this bill raises awareness among individuals who may be suffering from symptoms and that one fewer daughter will lose her father far too young. We must develop a way to screen for this cancer and eventually find a cure.”

To address the increased need for support, the Foundation raises awareness about bile duct cancer and provides patients and caregivers with critical information in its Newly Diagnosed / New to CCF program. The program provides a specialist map, guidance on how to get second opinions and biomarker testing, among other resources to help patients and their caregivers navigate their cancer journey.

“If more lives can be saved by simply bringing more awareness to the diagnosis, then the need for the legislation is clear,” said Abrams. “Every attempt to amplify advocacy and promote education tells these patients that they matter. I hope this bill allows them the opportunity to feel heard, understood, and valued.”