Edward Anthony Howard was born on August 9th, 1941 in Brooklyn, New York. He was the son of Henry and Helen Howard. He graduated from Pratt Institute in 1964 with a degree in electrical engineering while also starting his 44-year long career with the U.S. Navy Lab working on naval communication systems. He earned his Masters degree in EE in 1969 and that same year married Anna Marie Marino.  In June of 1970, Ed and his bride permanently moved to Del Mar, California when the Brooklyn Navy Yard closed, and he was officially transferred to the Naval Ocean Systems Center in Point Loma, presently called NAVWAR.

Together with his wife, Ed raised three children and devoted his time to planning Sunday outings and many memorable family vacations.  He enjoyed playing the guitar, but by far his love of reading, especially non-fiction informative books, is evident by the floor to ceiling custom made library room in his home.

Ed was a true family man and devoted husband.  While quiet and shy, his sense of humor was his most cherished character trait. He always had witty one liners or funny words to any given situation. Once retired, he truly enjoyed traveling with his wife, and being a grandfather to his five grandchildren.  Over the last 6 years, those travels included many vacations with the whole family, whom he lovingly called the Howard Lucky 13.

Just this past year, in 2019, Ed and Anna Marie celebrated their 50th wedding anniversary by renewing their vows, returning to their honeymoon destination of Bermuda, and were honored with a party with family and close friends.

In May of 2020, Ed was diagnosed with cholangiocarcinoma (bile duct cancer).  Sadly, this was a battle he fought valiantly, but lost on October 11, 2020. 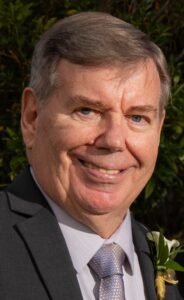 Click here to contribute in the name of Edward Anthony Howard