About a month ago my dad got a Facebook message from Carlos, a good friend living in Guatemala. He mentioned that he was coming to the United States with his family soon and was asking about places he should visit in Utah. My dad recommended Zion National Park, Arches National Park and a few other places. My family is obsessed with football, so during the fall we make a trip down to see a football game about every other weekend.  A few weeks ago my dad and I were in Utah visiting, for the BYU vs. BSU game. During the weekend Carlos messaged my dad saying that he was in Utah and wondering if my dad was in town as well, since he knew we’re frequent Utah visitors. As it happened, we were in Utah that weekend! The next day we met up with Carlos in Salt Lake. Dad and Carlos served an LDS mission for our church 30 years ago. They became the best of friends on their mission and experienced a lot of good and hard times together. It was very emotional to watch them embrace each other for the first time again since 30 years had passed. I had a blast listening to them converse in Spanish and telling stories of their times together. They talked about how the Guatemalan people loved my dad because he was very tall and could dunk a basketball.

After talking with Carlos for a few minutes, he told us that he wanted to introduce us to some other people. His parents and another friend from their mission were vacationing with him. As we all started talking, I had to take a quick step away from the conversation for a phone call.  A few minutes later I returned to the conversation and heard the word cholangiocarcinoma… I stopped in my tracks. What are the odds that I am with my dad visiting some of his friends from Guatemala that I have never met, and my dad’s friend, Eldon, begins telling us about how a family member of his, that still lives in Guatemala, was just diagnosed with Stage 3 cholangiocarcinoma? Eldon’s family member sought care from an incredible doctor in Guatemala, but together they weren’t really sure what to do for treatment since it is such a rare cancer.

A few months ago, I started working for the Cholangiocarcinoma Foundation (CCF), and in the past few months I have learned so much. I asked Eldon if he had heard of CCF and he had not. I was so happy that I was able to help him. I showed him the CCF website, and had him get connected to all our social media pages. He also told me that his family was saving up to visit the United States for a second opinion. I connected him with the specialist map to help him find the closest specialist to them.

We talked about some other details for a few minutes and I did my best to help him understand everything that he could do to help his sweet family member. As we said goodbye, Eldon said, “This was a great experience for me, I know that we were supposed to meet today.”

My heart was full that day and continues to be so as I reflect on all those that support and spread awareness of cholangiocarcinoma. Although we may feel like our little day to day efforts don’t make a difference, I’m here to tell you that they do. There are so many people struggling with this horrible rare cancer. My hopes are that as we continue to spread awareness we may continue to touch the lives of those who need us. There is purpose in our coincidences. You are not alone. Together we can find a cure.

Allison Thomas is the Foundation's Social Media Manager and lives in Boise, Idaho.

“There is no such thing as a coincidence! Everything in your life somehow leads up to the next… it’s all connected.” 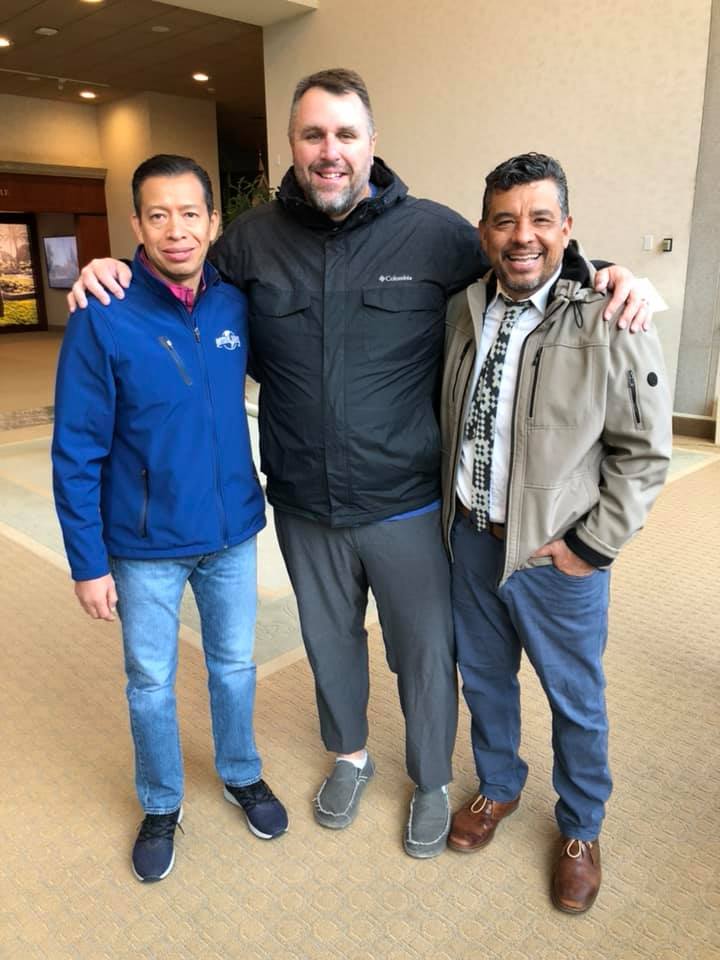