WILMINGTON, Del.--(BUSINESS WIRE)--Apr. 17, 2020-- Incyte (Nasdaq:INCY) today announced that the U.S. Food and Drug Administration (FDA) has approved Pemazyre™ (pemigatinib), a kinase inhibitor indicated for the treatment of adults with previously treated, unresectable locally advanced or metastatic cholangiocarcinoma with a fibroblast growth factor receptor 2 (FGFR2) fusion or other rearrangement as detected by an FDA-approved test. Pemazyre is the first and only FDA-approved treatment for this indication, which was approved under accelerated approval based on overall response rate and duration of response (DOR). Continued approval may be contingent on verification and description of clinical benefit in a confirmatory trial(s).

“Our research into FGFR2 fusions or rearrangements in cholangiocarcinoma and the development of Pemazyre as the first targeted treatment option demonstrates our commitment to translating scientific discovery into solutions that can positively impact patients’ lives,” said Hervé Hoppenot, Chief Executive Officer, Incyte. “We’re proud to bring Pemazyre to patients and will make this new treatment available immediately.”

The FDA approval was based on data from the FIGHT-202 study, a multi-center, open-label, single-arm study that evaluated Pemazyre as a treatment for adults with cholangiocarcinoma. In patients harboring FGFR2 fusions or rearrangements (Cohort A), Pemazyre monotherapy resulted in an overall response rate of 36% (primary endpoint), and median DOR of 9.1 months (secondary endpoint). Warnings and precautions for Pemazyre include eye problems such as dry or inflamed eyes, inflamed cornea, increased tears and a disorder of the retina; high levels of phosphate in the blood; and, for women who are pregnant, a risk of harm to the unborn baby or loss of pregnancy.

The FDA granted Pemazyre Breakthrough Therapy designation for the treatment of patients with previously treated advanced/metastatic or unresectable FGFR2 translocated cholangiocarcinoma. Additionally, the FDA granted Pemazyre Orphan Drug designation for the treatment of cholangiocarcinoma, and the New Drug Application (NDA) for Pemazyre was reviewed under the FDA’s Priority Review program.

“Although cholangiocarcinoma is considered a rare disease, it has been on the rise over the past three decades,”1,2 said Ghassan Abou-Alfa, M.D., Memorial Sloan Kettering Cancer Center. “It is encouraging to have a new targeted treatment option for patients who historically have had limited options after first-line chemotherapy or surgery, in which relapse rates remain high.”

Incyte is committed to supporting patients and removing barriers to access medicines. Eligible patients in the U.S. who are prescribed Pemazyre have access to IncyteCARES (Connecting to Access, Reimbursement, Education and Support), a comprehensive program offering patient support, including financial assistance and ongoing education and resources to eligible patients. More information is available at Pemazyre.com. 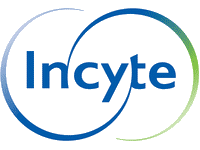 “Today’s approval of Pemazyre provides an exciting new treatment option for patients and will bring hope to those who typically face a difficult diagnosis journey and poor prognosis."