In my mind, today’s component of The Journey of Hope has to be marked as Close Encounters of the Third Kind. Although my story from today doesn’t mirror Steven Spielberg’s 1977 movie of that name, I’m going to try to build parallels to it; just for fun. How can that be? Well, today I met a woman and her two daughters (from MI.) at the Garden of the Gods in Colorado Springs, CO. She said that they’d seen me in three different locations to date while on my journey. And tonight, I’m staying in Roswell, NM, the home of lots of extraterrestrial stories that go back to 1947. It is the town’s claim to fame, and there is a rather cool (and yes, kitschy) museum to back its’ claims.

Here's how today’s story unfolded…..I was at my car editing photos I’d taken for the blog and a woman, by the name of Kim, came up to me and inquired about my car. She said she thought she’d seen me yesterday at Nebraska’s Scottsbluff National Monument, and Chimney Rock Historic sites (about 250 and 275 miles away, respectively, from where we were today). I said yes, I had been there, and thought it was great she remembered it. Then Kim indicated she thought she had seen me at least once before on her recent travels. Out of nowhere, she asked if I had been in Maine in the past month as part of my journey; perhaps at Acadia National Park? I said, I was in Maine, but not at Acadia NP. I told her I’d been in Ogunquit, and she said she had been there as well! I’m thinking…No Way! It turns out she and her husband were there five days before me, but the chances for that to even happen are so slim that’s a Close Encounter of the Third Kind!

I covered just about 500 miles today in CO., and NM, and encountered the smoke from wildfires I had been told about just yesterday. I know it’s a relatively common occurrence in the western states, but I’d never experienced it before quite like today. At first, I thought I was seeing a big dust storm form on the horizon. After a few minutes of me getting closer to it, I realized it had to be smoke from distant wildfires. As the sky got darker, and heavy downpours of rain began, I must admit, I half expected to see swarms of locusts covering my car. That didn’t happen, but it was the first time I used windshield wipers to remove raindrops with dirty soot in them!

Oh yes, just another day on the Journey!

Give A Little Whistle. 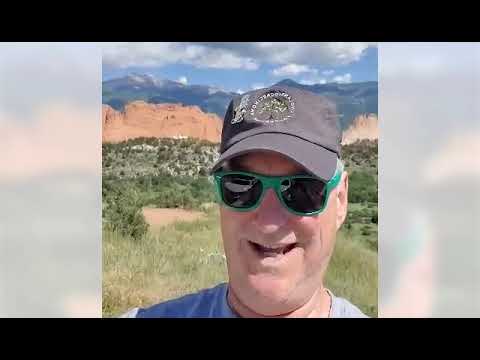 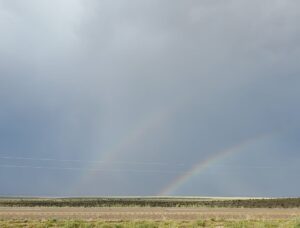 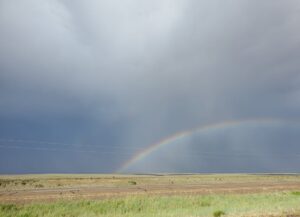 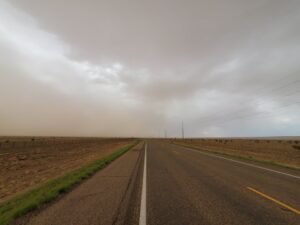 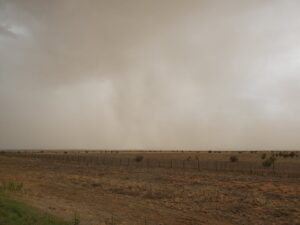 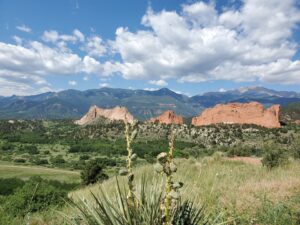 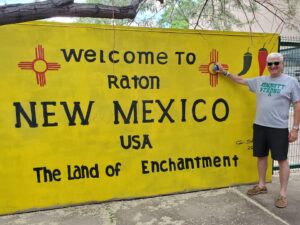 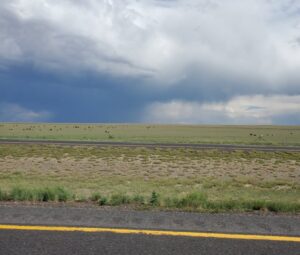 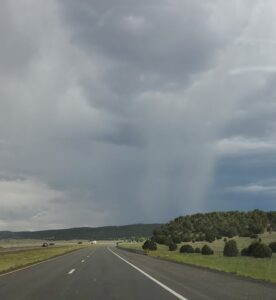 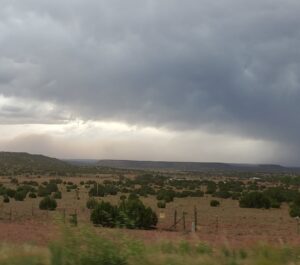 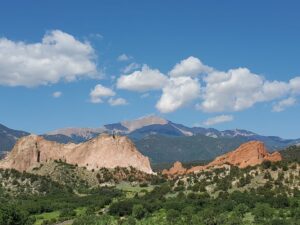 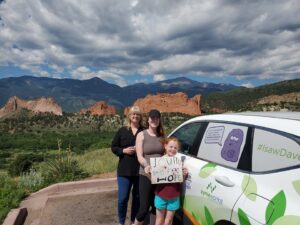 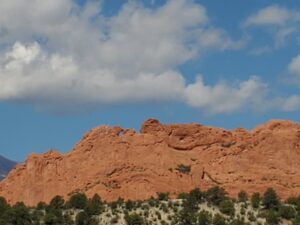 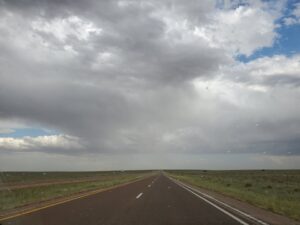 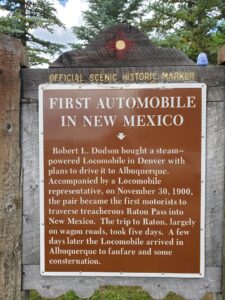