Sixty-one eligible patients were enrolled in this study and treated with Ramucirumab 8 mg/kg intravenously on day 1 of a 14-day cycle. Two dose reductions were allowed but not less than 5 mg/kg. Patients continued treatment until the disease progressed or the patient developed intolerable toxicity.

In conclusion, Ramucirumab is well tolerable and may result in clinical benefits for previously treated patients. A future, randomized, controlled clinical trial is needed to better assess the clinical impact of Ramucirumab as a monotherapy or in combination with other treatment approaches. 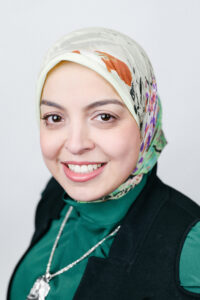 Reham Abdel-Wahab is the Cholangiocarcinoma Foundation's Director of Research and Chief Scientific Officer.  She completed five years of postdoctoral fellowships at the Gastrointestinal Medical Oncology Department at MD Anderson Cancer Center in Houston, Texas. Her research interest is primarily in the field of Hepatobiliary Cancers.