Imagine for a second that there is a checklist that describes the ‘typical’ cholangiocarcinoma patient.  An impossible task, I know, as we are all so significantly (or perhaps maddeningly if you’re the doctor trying to fix us) different, but there are trends in the data.  Jess Maher is the opposite of most of what you would expect.  A female in her early thirties at diagnosis, she will mark 5 years since the discovery of her cancer on December 13th, she is a survivor of 3 recurrences, and earlier this year she was the recipient of a new liver.  Not much of Jess's story fits the cholangiocarcinoma mold.

Jess’s medical sojourn began in November of 2012, when she received a CT scan for an unrelated event.  She had been asymptomatic for any liver trouble, and when the doctor shared with little urgency that spots had shown up on her liver, Jess set up a follow up appointment with her primary care physician.  Like many young, female patients, Jess had been on birth control for much of her adult life, and the doctors at first suspected hemangiomas, benign tangles of blood vessels that appear as masses on scans and often resolve without intervention.

Jess is thorough though, a biomedical engineer by education, she has spent enough time in hospital settings to know to be persistent, so she asked for a biopsy.  That fateful ask, a remarkable display of personal advocacy, led to a 180 in her medical path.  The doctors confirmed an adenocarcinoma of unknown origin, the cells not differentiated enough to key in on cholangiocarcinoma, and the hunt began to find the source.

Jess underwent the full gamut of tests to find her elusive primary cancer.  She sat in the agony of limbo while doctors poked, prodded, scoped, and scanned.  Finally, almost by exclusion, a doctor considered that perhaps she had cholangiocarcinoma, and down the rabbit hole she went. 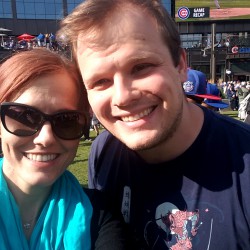 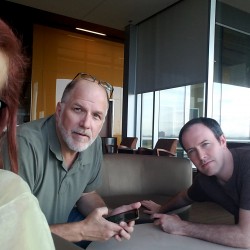 To date Jess has been through chemotherapy, a first liver resection removing her left lobe and about 12 tumors, a wedge resection for recurrence, radiofrequency ablation, a clinical trial using the hepatic artery infusion pump and FUDR chemo, biliary stents, liver abscesses, multiple bouts of cholangitis (the resulting cultures chock full of words too difficult to pronounce), splenic artery aneurysm, and extensive venous collaterals.  At a guess, she believes she’s spent a minimum of 5-6 months in the hospital over the past 5 years.

By the beginning of this year, Jess was jaundiced, facing her third recurrence, and in borderline liver failure.  Her body was healthy enough to soldier on, but her liver was in shambles, and while everyone involved in her care agreed her survival hinged upon a new liver, her diagnosis was getting in the way.  It wasn’t until Dr. Fung, a familiar face to this blog, agreed to evaluate her that she received her first glimmer of hope.  She had been cross-country in her hunt, from Pennsylvania to New York City to Houston to Chicago.  Her tireless effort paid off on June 27th when she received her new liver. 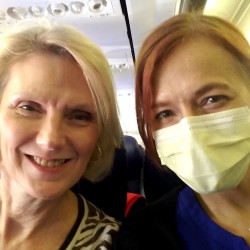 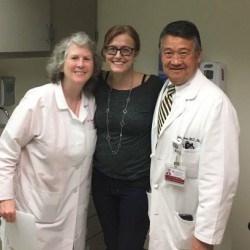 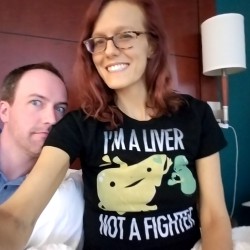 Recovery was far from smooth.  Jess had two additional unplanned surgeries to address complications, and it was two weeks before she was moved out of the ICU.  Dr. Fung, in his transitional writeup to her local team in Pennsylvania referred to Jess’s history as ‘complex’ before detailing the past 5 years in a few tight paragraphs rife with medical jargon.

Reading Jess’s medical summary is fascinating in a clinical sense, but the woman herself is no less amazing.  5 years is a long time to fight, and when I asked about her personal journey, she described her multiplicity of emotions.  The first month was fearful, other moments marked by grief.  During an NED (no evidence of disease) period, she was unexpectedly consumed by anger at the time she had lost, and during a phase she refers to as the most disturbing, she began to feel numb to it all.

Changes in her appearance fed into the complexity of her emotions.  A private person, Jess did not share on social media or other outlets what she was going through, so close friends and family were the only ones with insight into why at one point she had severe acne, or at another point she lost a dramatic amount of weight.  The hardest for Jess, however, was the jaundice that without her consent announced to the world that she was unwell.  She jokes now about her time as a faux celebrity, when she wore wide brimmed hats and oversized glasses to go out in public, but at the time it was unsettling to be so visibly changed.

Today Jess’s color has returned to normal, she’s slowly gaining weight, and with the help of PT her strength is returning.  It is mission critical in her mind to become as well as possible while her body is amenable, because, after three recurrences, she can’t help but mentally wait for the next shoe to drop.

Thanks to a skilled doctor and in no small part to her own tenacity, Jess is facing, for the first time in a long time, her best chance at the proverbial shoe remaining suspended in air.  The new liver is serving her well, and her blood work is normalizing to some of the best levels it’s been in 5 years.  She is contemplating future again, and she’s starting to share her story and its hard lessons with the newly diagnosed both to give hope and to empower others to fight.

One of those lessons is persistence.  She waves away the thought that she is ‘strong’.  In Jess’s eyes, she is doing what animals do, they fight to survive.  What has served her far better, in her opinion, is her resilience.  In her own words, “I’m not the rock, I’m the rubber band.”  It’s her ability to bounce back that has carried her this far (that and her unbelievably supportive husband, parents, brother, and a few close friends), but she also stressed that it hasn’t been all sunshine and roses.

As far as advice, she strongly encourages her fellow patients to seek mental help when, or even before, they need it.  She called out the stigma of seeking help as a barrier to wellness, and she credits a good psychiatrist along with her loved ones with her ability to cope with 5 years of trauma.  She still has unexpected moments where her reality comes crashing in, but she has the tools to go to sad places when she needs to but also to come back from them.

Jess’s remarkable story is far from over, and I am so grateful to her for taking the time to serve as our first patient profile.  She may not see herself as strong, but only a few minutes into our conversation I could feel her warmth, her humor, and her iron will.  Her medical follow up includes a battery of anti-rejection drugs, continuing scans, and weekly blood work, but now, despite fatigue, occasional fogginess, physical weakness, and the myriad signals her body sends every day reminding her of the war waged over 5 long years, she is well.  If you want my opinion, she is both rock and rubber band. 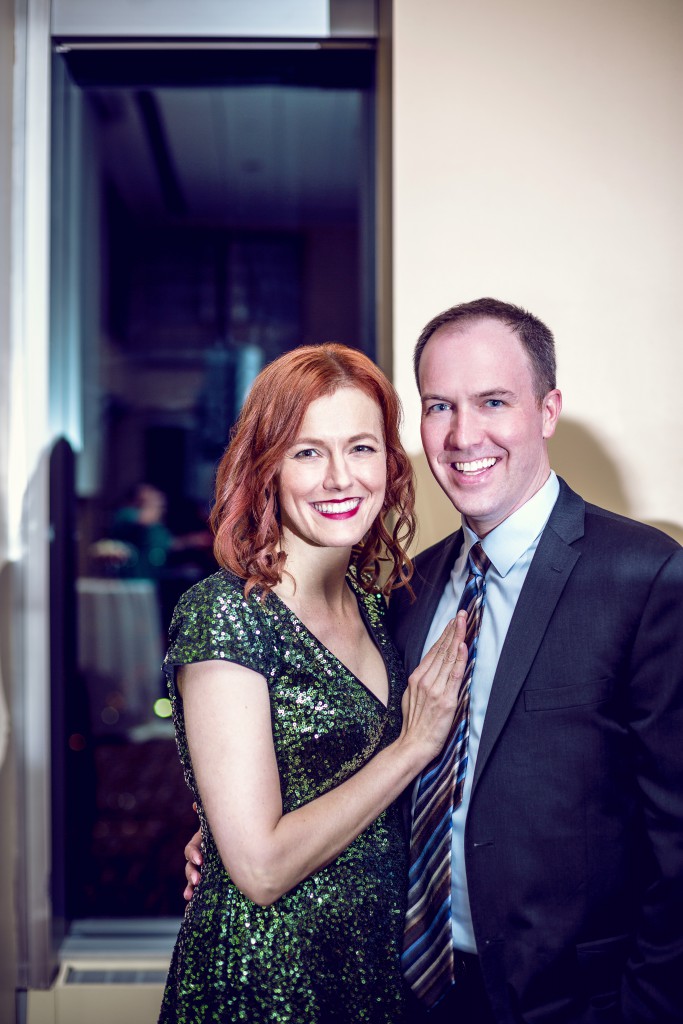 Stay tuned next time for a post on radiation as a treatment modality for cholangiocarcinoma.