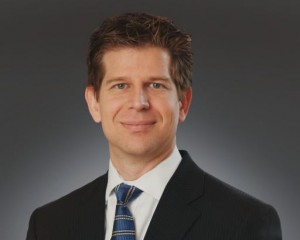 me people with cholangiocarcinoma are unable to be cured because their tumor is either inoperable or has spread. These patients can develop blockages of the bile ducts or intestines causing jaundice, severe itching, nausea and/or vomiting. Palliative surgery or endoscopic procedures may be able to provide relief of symptoms. We will be discussing the role of biliary bypass and stenting for bile duct blockages as well the role of surgery and stenting for intestinal blockages.

Dr. Scott Celinski is a surgical oncologist who specializes in treating complex cancers of the liver and pancreas. He currently serves as the Director of the Pancreatic Cancer Research and Treatment Center at Baylor University Medical Center in Dallas, TX. His earned his medical degree from Baylor College of Medicine and performed his residency in General Surgery at George Washington University. He completed fellowships in Surgical Oncology and Hepatobiliary Surgery (at the University of Pittsburgh) and Critical Care (at George Washington University). When not at the hospital, Dr. Celinski enjoys beekeeping, gardening, and spending time with his wife and daughter.

Due to technical difficulties during the question & answer session, the responses by Dr. Celinski were not audible.  Both the questions and answers have been transposed here for review:

Can you explain the criteria for patients getting bypass surgery for nausea and vomiting caused by the tumor?  Doe it just depend on where you are being seen for treatment?

There is probably some institutional dependence.  Also, would be if the nausea and vomiting related to a blockage from the tumor or is it a secondary effect of the tumor, which is very different for the treatment.  If there is an actual physical blockage where the stomach feeds into the intestine, there are really two options for getting things to go through that.  One would be an endoscopic stent which tends to work really well as a short term option.  In patients who are living longer, then a surgical bypass tends to be better.

Are distal and extrahepatic cholangiocarcinoma the same?

Yes, for this discussion they are essentially the same.  The treatment may be a little bit different in as far as an extrahepatic bile duct resection but for just the bypass, they are very similar.

No, not that I am aware of.  Initially back when livers were much more available for patients who needed livers, transplant was used much more for cholangiocarcinoma, but the results were uniformly dismal.  It wasn’t until the Mayo protocol came out that for unresectable hilar cholangiocarcinoma.  It’s a very select group that are eligible for transplant that get extensive treatment before transplant to make sure their cancer is not behaving aggressively and is all going to be taken out so it’s really just the hilar cholangiocarcinoma and even in that it is a select group of the smaller tumors that have no evidence of any spread.