In celebration of Vicky’s life and to honor her memory, we are initiating a fund-raising campaign for the Cholangiocarcinoma Foundation.

Please consider making a contribution to this important initiative in Vicky’s memory. The Wong, Wan, and Madden families and their friends thank you for honoring Vicky’s legacy by accelerating research for this devastating disease.

Victoria “Vicky” Wong was born Victoria Shui Lang Wan on March 4, 1939, in Paris, France, the third of eight children born to Olga Pearl Jung (a Chinese American from Los Angeles) and Wan Wai Nam (an overseas Chinese from Saigon). When World War II events began developing in Europe, she moved along with her family safely to Saigon, Vietnam.

Vicky returned to the United States, to Seattle, in 1956 where she attended Franklin High School, focusing her studies on education and her passion for languages. While attending the University of Washington, she met her loving husband, Michael Munn Wong. They were married on October 29, 1960, and had three children: Sharon, Brian, and Angela.

Vicky worked as an accountant at the Port of Seattle, an interpreter at SeaTac airport, and a travel agent. She enjoyed exploring the world by bus, air, and sea but by far her favorite activity was hosting the family holiday parties. Nothing meant more to Vicky than seeing family and friends enjoying her home-cooked meals, celebrating together, and hearing their laughter.

During retirement, Vicky volunteered as a school librarian and doted on her family, especially her grandchildren. Vicky was an amazing woman, the family angel, who leaves behind a legacy of love for everyone she touched and where her spirit will live on.

Vicky was preceded in death by her brothers Rodney, Milton, and Samuel. Vicky is survived by her husband Michael, her three brothers, Frederic and his wife Julia, Edmund and his wife May, Michael and his wife Angela and one sister Marie and her husband Ken Cheuk; four sisters-in-law in the Wan family, Susie, Li Qiong Liu, Christina and Money; her three children, Sharon and her husband Leo Madden, Brian and his wife Joyce Wong, and Angela Wong; her eight grandchildren Jonathan and his wife Jaycee, Brittany, Joshua, Jacob, Jeremy, Aoife, Fiona and Ciara; numerous cousins, nieces and nephews in the United States, Vietnam and Hong Kong. 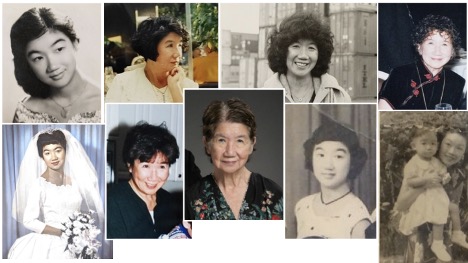 Click here to contribute in the name of Victoria “Vicky” Wong