Bruce Coppock, Vice Chair of the Board of Directors for the Cholangiocarcinoma Foundation (CCF) and former President and Managing Director of The Saint Paul Chamber Orchestra, died at 71 after a long battle with bile duct cancer.

Coppock was a lifelong long cellist and performer. He was the co-founder and executive director of the Boston Chamber Music Society. He had a passion for music and loved to teach young musicians and play chamber music. He specialized in in-depth chamber music study with high school and conservatory students. Coppock was a devoted father and is survived by his wife Lucia P. May, his children Elizabeth Edwards Coppock, Alexander Edwards Coppock (Penelope Van Grinsven), Chelsea May Tischler (Todd Tischler), and Ellery Gwendolyn Davis (Michael Perez), and his grandchildren.

Bruce was diagnosed with cholangiocarcinoma in 2006 and served as an advocate on the Mayo Clinic SPORE, where he first met Stacie Lindsey, Founder and CEO of the Cholangiocarcinoma Foundation. In September of 2016 he joined the Board of Directors for the Foundation. He shared his extensive non-profit leadership and financial management experience and has been instrumental in guiding CCF.

Bruce served as the chair of the Development Committee and later became the Vice Chair of the Board of Directors for the Foundation. Under Coppock’s leadership, and because of his vision, he was instrumental in helping the Foundation in completing its first Strategic Plan. Through conservative fiscal management, he helped guide the Foundation to establish policies and procedures to safeguard the Foundation’s future of supporting patients and funding research.

“Bruce’s impact on the Foundation was profound,” said Stacie Lindsey, CEO of the Cholangiocarcinoma Foundation. “Not only did Bruce bring a plethora of knowledge and experience to the Board, but he also brought an irreplaceable patient voice to the table and helped us to always keep patients first in everything we do. He was a gift, and we are so blessed to have had him involved in this community.”

Despite Bruce’s diagnosis, he continued to advocate for himself to find personalized treatment options. He often said he was “lucky” to be a long-term survivor and felt it was a privilege to be well enough to help better the lives of other fellow cholangiocarcinoma patients.

Approximately 10,000 people in the United States are diagnosed each year with the hard-to-diagnose, difficult-to-treat type of cancer. It is often overlooked as symptoms can mimic other medical conditions. According to National Cancer Institute data, cholangiocarcinoma is on the rise. Cholangiocarcinoma is an aggressive and lethal tumor that arises from the epithelial cells of bile ducts. It comprises about 3% of all gastrointestinal malignancies, and its incidence has increased. According to a recent study (JAMA Network Open), by 2040, it is estimated that liver and bile duct cancer will be the third deadliest cancer in the US. CCF is committed to finding a cure and improving the quality of life for cholangiocarcinoma patients.

“Bruce was our guiding light on the Board of Directors as well as a beloved mentor, friend and colleague. His passion for making a difference for cholangiocarcinoma patients animates our work and we are honored to carry forward his legacy of putting patients first, marshaling our resources to find a cure and offering all patients and their loved ones hope.” said Teresa M. Delcorso-Ellmann, CCF’s Board chair.

To honor Bruce’s memory the Board of Directors of the Cholangiocarcinoma Foundation have designated a Research Fellowship Grant in honor of Bruce Coppock, the first recipient of this $50,000 research grant will be announced at the Foundation’s Annual Conference in Salt Lake City, UT on April 12-14th 2023. 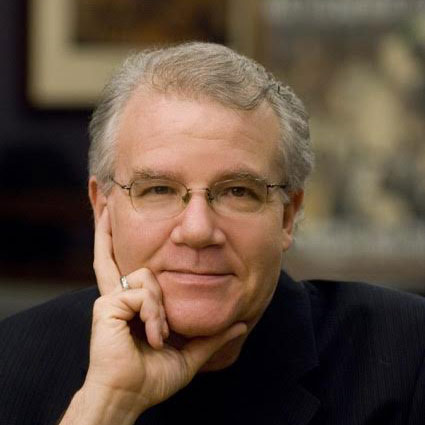 “Bruce was our guiding light on the Board of Directors as well as a beloved mentor, friend and colleague. His passion for making a difference for cholangiocarcinoma patients animates our work and we are honored to carry forward his legacy of putting patients first, marshaling our resources to find a cure and offering all patients and their loved ones hope.”