Home / Blog Post / ‘I Can’t Believe Your Gone’: The Story Behind the Song

Josh Bloomfield was a top blues drummer and vocalist who contributed so much to his 41 years of life. Although short in stature, his large personality and musical talents made a splash in the Capital Region. He had a passion for music; playing in many area bands as "Soul Serenade" and "Soul Sky", loved to discuss and dissect music with his friends, and never said anything bad about a musician he heard. Josh enjoyed sports, primarily boxing and fishing. And he loved being around young children, especially spending quality time with his three young nephews whom he loved as his own kids.

Josh was a giver. Whenever anyone needed a helping hand, Josh was present to perform at any local benefit event with his band. He performed at many of these charitable events, most notably "The Dustin Mele Memorial Concert", "Foodstock", "Buckstock", and even at his own benefit, "Jam for Josh".

Josh Bloomfield died on Tuesday, September 15,2020 from stage three Cholangiocarcinoma (Bile Duct Cancer) and his passing left an everlasting hole in the hearts of his family, friends, and the music community. Two months into his passing, Bloomfield"s "Soul Sky" band members and close friends, Mark Emanatian and Joe Mele, wrote and recorded an original song, "I Can"t Believe Your Gone". With the addition of Tony Perrino"s contribution of strings added to the musical tribute, "I Can"t Believe You"re Gone" is beautiful but solemn. Hard times may come and go but the memories had, and the feelings felt for the love of their friend will always remain in their hearts. The realization that Josh is indeed gone, but never forgotten, is made clear in this emotional piece.

The inspiration behind "I Can"t Believe Your Gone" originated after Bloomfield"s passing. Mele, who did some music recording with friend, Tony Perrino, recorded guitar tracks to be used for an original song. Emanatian recalls upon the moment when the song title came to mind.

"So, um, Elizabeth was sitting on the couch, my wife, uh, she, you know, loved Josh. Loves Josh. And started to cry and she said, um, you know, and we all shed a bunch of tears around this, but it was just, I was telling her, you know, "What are you crying about now?" So, she said, uh, "I can"t believe he"s gone". So, I always have a notebook right where I sit in the living room cause you never know when words are gonna come. So, I wrote, "I Can"t Believe He"s Gone". Then, I was walking my dog and I got the thing, um, "I"ve been seeing you everywhere. I"ve been feeling you…" and it was autumn. So, when Joe played, we were practicing, doing something for something, and he played me these chords, it just fit."

With their collaboration came along, "I Can"t Believe Your Gone". Along with the song, came a video tribute, created, and assisted by Mele"s daughter, Lindsay, Joe"s wife, Jenn Newman Mele, and video production by Jeremy Walz, "Soul Sky" guitarist & vocalist and Bloomfield"s best friend.

"So we"re talking about putting it out on Facebook and like, you know, and I start, I can"t never stop thinking, and I start thinking about, wouldn"t it be great to have like, maybe, I was thinking originally, like videos of Josh playing while the song is playing and we have a million videos… And then I"m thinking, so then it was like no, let"s just do, you know, pictures. So again, this was an idea. So then, my wife Jenn, we spent two Sunday"s all day going on everybody"s Facebook, and to gather pictures." said Mele.

It took two Sundays for the Mele family and Emanatian to sit down and choose the Facebook photos for the video. With Lindsay"s expertise in video production, she pieced the video together with the music and photo accompaniment. Walz figured out how to transfer the large file to the computer and it was later shared on Facebook. Included with the video, Facebook followers can donate money towards the Cholangiocarcinoma Foundation, a foundation conducting research for the cancer that ultimately ended Bloomfield"s life.

According to Emanatian, 5,000 people in the United States get cholangiocarcinoma (bile duct cancer) and 5,000 people die from it. It"s a 98%-100% probability that people will die. On Facebook, $1,765.00 was raised for the Cholangiocarcinoma Foundation and with additional checks mailed to the foundation, over $2,500.00 was raised. The organization was very shocked that there were people that were raising money for them since they don"t often have people raising money for them.

The reception for the video and song was well-received. Emanatian further shared the video to four other sites; a memorial, photos, and videos featuring people who have died from the cancer. All those people who had lost loved ones reached out to Emanatian to say "Thank you so much. The song meant a lot to them and the whole thing." The song also received airplay on local radio stations, "RadioRadioX" and "WEXT".  The song, according to fans, comforted them, made them feel better, or they cried.

Added Mele, "When we first put it out, all, every response back was crying. Everybody cried. "I"m at my office. I broke down in tears, writing." It was just everybody and at first couple days, everybody, that was what everyone said. Because the song touched them, but they loved Josh and then this touching them, let them mourn over Josh, it just opens up, it just, it was crazy."

Once COVID-19 settles down, Emanatian and Mele, with the approval of Bloomfield"s parents, would like to have an event next September at The Hangar on The Hudson in Troy, for a memorial/benefit gathering and have his friends perform some live music. Mele and Emanatian would like to record the tune with remaining "Soul Sky" band mates, Tom Dolan, Jeremy Walz, and Jeff Prescott in the future.

Creating "I Can"t Believe You"re Gone" has brought things ten-fold for both Emanatian and Mele. With the song released on local radio and on social media, the musicians are helping to bring awareness and raise money for the foundation while keeping their friend"s memory alive, and not forgotten. In other parts of the country or the world, there could be other families and friends who have battled and lost to cancer.

"That"s the thing about the song is something that I was saying. It"s like what you said, if it relates to other people that are going through this, this gives them closure. I mean, again, it could be, to be able to do something like this, and give somebody comfort, and you know that"s how I feel about the memorial concert (Mele holds the "Dustin Mele Memorial Concert" held in memory of his son, Dustin, who committed suicide in 2013). Cause it gives someone comfort and we"re just so lucky that we can do this man. I mean, we"re lucky" said Mele.

Mele and Emanatian make it their mission to share their song and video to as many people as they can while raising awareness about Cholangiocarcinoma and keeping Josh Bloomfield"s memory alive. They remain thankful and lucky to have music in their life and can create the song and help people heal from a tragic loss.

Josh Bloomfield will never be forgotten. And he will not be forgotten without the help of his musical brothers, family, and friends.

"I mean, he"ll never be forgotten. And us being out in the public playing and playing his songs. Every time we play out, we will play the song and we do this for Josh and so it will never go away. And in certain situations, like we said, when we do another, other benefit things and at more concerts, so he"ll never be forgotten," concluded Mele. 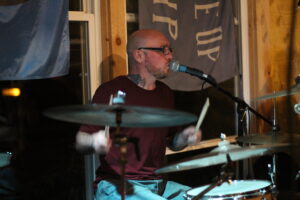 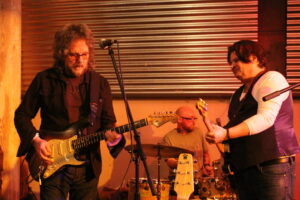 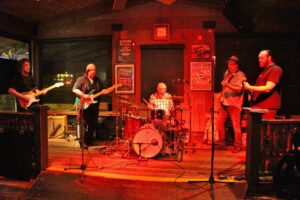 Home / Blog Post / ‘I Can’t Believe Your Gone’: The Story Behind the Song