I have to admit, this was a long day. As I planned the journey, I knew that was going to be the case, however, I didn’t plan on the hotel story at the end of the day. More later!

A lot of folks know that I built the Journey of Hope around a few key parameters based on The Cholangiocarcinoma Foundation’s 15th-anniversary celebration. This included a number of 15’s: visiting at least 15 patients (warriors) and caregivers, driving 15,000 miles, visiting at least 15 towns named Hope, and visiting key cholangiocarcinoma research hospitals. Well, in order to accomplish that mission a variety of extenuating circumstances come into play; starting with taking a few diversions from the most direct route. Today, that meant veering 200 miles, of course, to get to Hope, MI. I have to say, it was worth it!

Since today is Memorial Day, I knew the post office would be closed, but I had to stop and get a photo to prove I was there. After a few minutes of looking around for anyone that might stop or pass by, I realized I’d have to go hunting for people (especially since I couldn’t find anyone in Hope Twp. IL, yesterday). A few minutes later I drove past a couple tending a garden alongside the road. I hoped that they wouldn’t mind me pulling into their driveway to “chat”. It was then that I met Catherine and Bob at her pony farm. When I asked them what it meant to live in a town named Hope, they said it meant they were blessed because at the ages of 69 and 76 they met for the first time. This was after living less than two miles away from each other for 27 years, in the rural community of Hope. I was blown away! After saying they are engaged, I asked when they were getting married. Their reply: perhaps in 40 years, as it would be a marriage made in heaven!

Driving south from Hope, I had to stop at Michigan Stadium, in Ann Arbor. For those that know Linda and I went to Penn State, this wasn’t demonstrating a change in allegiance. It was merely to get a photo in front of the impressive big “M”. My interpretation today was that the "M" stands for Mutations Matter (check out biomarkersmatter.org for info).

One of the things I thought I might experience today while driving on two-lane roads in small communities, was a Memorial Day commemoration. Let’s say I was taken aback when I pulled into a rest area off a major highway in MI. and spotted a woman in a U.S. Air Force t-shirt standing by the American Flag with a trombone. It turns out she was traveling through the area with other family members and had sought out a place to play/pay her respects to those lost while serving our country. At exactly 3:00 p.m., she played Taps as if she plays it every day. With only two other people to hear her beside me, I felt honored. My dad used to occasionally play Taps on the bugle for myself and my siblings, and it brought back many fond memories.

As for my lodging tonight, let’s just say I didn’t realize one of the two major hotel chains around the world could be so “off”. It’ll be the first time staying in hotels over the past 40+ years that I’ve ever taken photos/videos of the accommodations and sent them off to corporate headquarters. 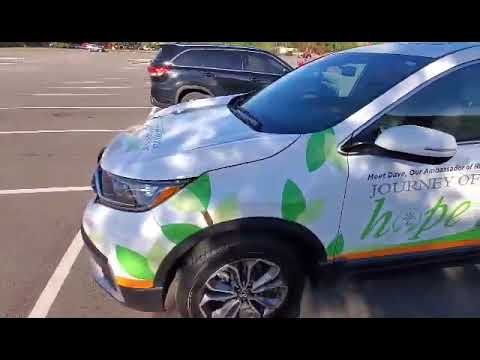 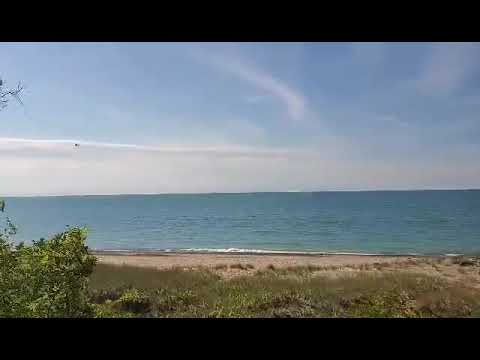 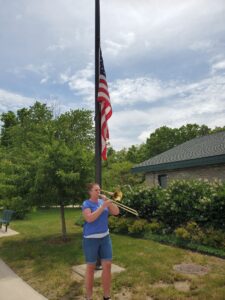 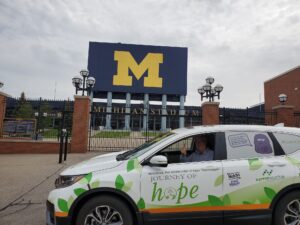 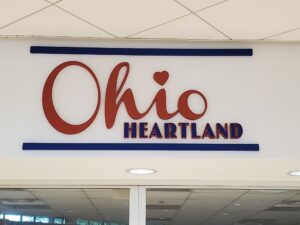 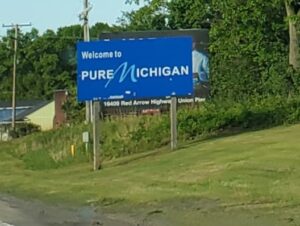 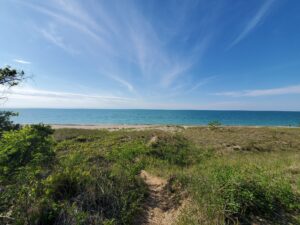 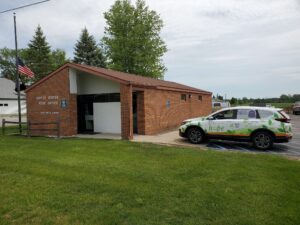 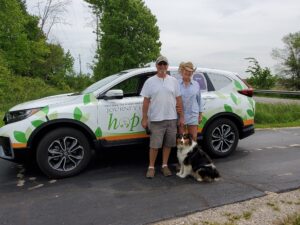 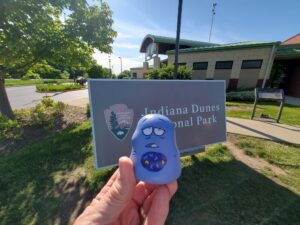