As I get into the last 5,000 miles of my Journey of Hope, I’m excited to see what lies ahead. This includes visits with warriors, caregivers, doctors, spontaneous encounters with the “unknowing”, and continuing to experience the vastness of our country. With close to 330 million people in the U.S., I am still impressed with the sheer openness of the country and the vastness of the farms.

I saw a sign today that read “The progress of our country follows the progress of transportation.” Pausing to think about it, I was struck as to how true it was in many ways. Yet, also, there are many implications that carry a fair amount of baggage (no pun intended). Over the past month, I’ve had the opportunity to see a lot. I have been taking notes along the way and there are more places I want to revisit than ever before. So much to see, and so little time to do it!

According to history.com, around 1845 Manifest Destiny was the doctrine or belief that the expansion of the U.S. throughout the American continents was both justifiable and inevitable. I won’t get into the pros and cons of westward migration, however, it’s fascinating to me that along my journey I’ve seen evidence of different phases of innovation that changed the landscape forever. A partial list, and in no particular order include covered wagons, canals, steamboats, railroads, telegraph, paved roads, barbed wire (Johnstown, PA, a town I passed through today was once the king of barbed wire production), the interstate highway system, airplanes, etc. The list goes on and on. Many towns and cities have come and gone, due in part to betting on the wrong next big thing. I might add that some of these include towns named Hope. I forgot to mention the other day, what I learned about Hope, KY. It’s reported that around 1890 the postmaster submitted a few names for official recognition. As a last gasp, he tried Hope; hoping that it would stick!

Today I stopped for a break at the World Famous Horseshoe Curve, near Altoona, PA. Most would say “Horseshoe What?”, but in 1854 when this engineering marvel allowed trains to pass over PA.’s Allegheny Mountains, westward expansion accelerated into a new unstoppable phase. It’s pretty cool to look back at where we were not that long ago and to imagine what’s next.

So much more to see and learn. 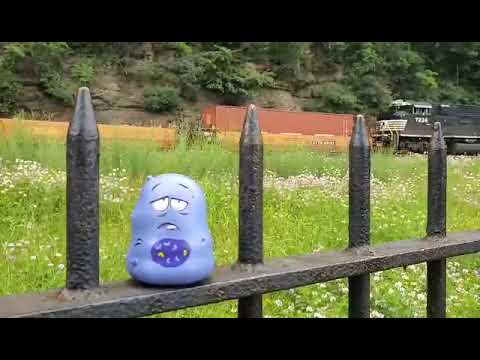 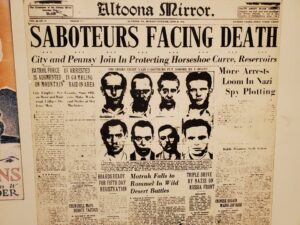 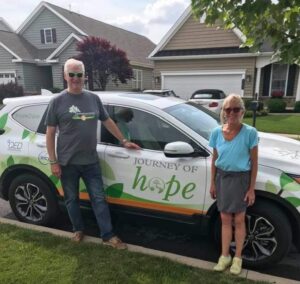 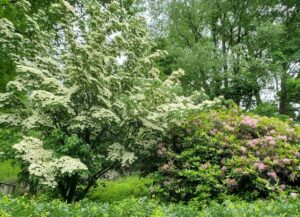 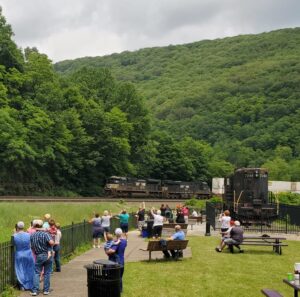 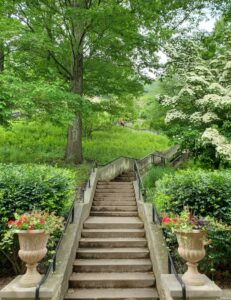 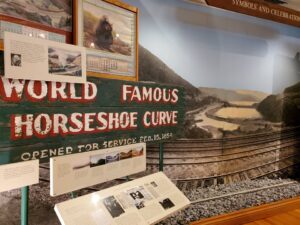 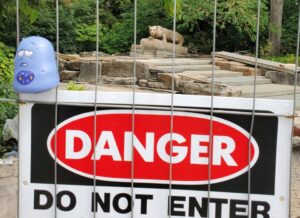 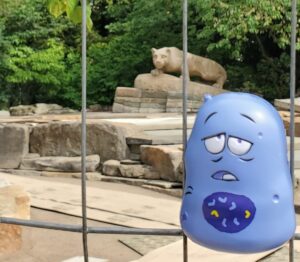 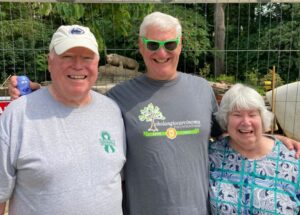 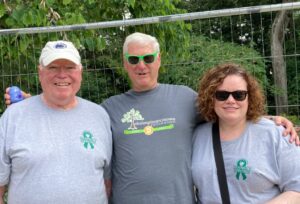 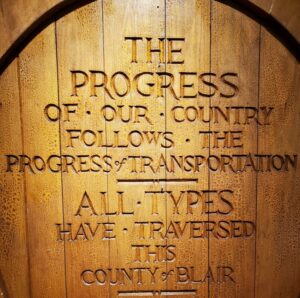 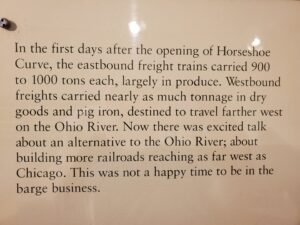 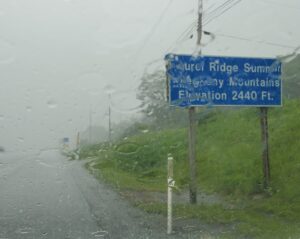 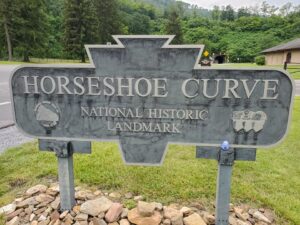 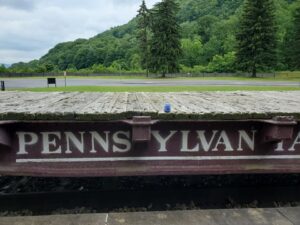 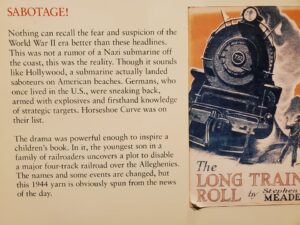