Today, I made my way through two more towns named Hope; one in OH., and one in IN. I came to the realization that I’ve been in five small towns named Hope over the past four Sundays. As such, my opportunity to interact with people has been diminished. The only exception was two weeks ago in NJ., where we had a significant planned gathering (and the bagpiper).

When my GPS said “you have arrived” in Hope, OH, I was viewing nothing but a tree-lined field. It was pretty, however, I had to look for something better to photograph. Luckily, about a mile away resides the reproduced old Hope schoolhouse. During the mid to late 1800s, there was a growing population of up to 400 people. Many worked at the nearby Hope Iron Furnace or were farmers or others that worked in other trades. Once the furnace closed operations, Hope basically did too.

I’d be remiss in not mentioning nearby Hope State Park. With a lake, boating (electric motors only), fishing, and campgrounds, it looked like a nice place to enjoy the outdoors.

Hope, IN., is a virtual metropolis as compared to most of the other Hope towns I’ve seen to date. As with Hope, NJ, this town was settled by the Moravians. The two prominent Moravian settlements at that time were in Bethlehem, PA (my hometown) and what is now Winston-Salem, NC. Satellite communal towns then sprung up in other areas.

Between Hope's I had the chance to stop in West Chester, OH, to see friends of our family. Chuck and Holly Manilla also had arranged for me to do a TV interview with the local Fox affiliate. I learned about the interview four hours before it was scheduled to happen; when I was about four hours away!. No time a-wastin'! Doing the interview was yet another great opportunity to increase cholangiocarcinoma awareness among the “unknowing”. I must say though that it was also surreal to be doing the interview across the street from where 25 years ago, Linda and I lived, along with Sarah, and our son Nate.

I also saw some quirky things today in IN. Examples include the hamlet of Gnaw Bone, in Brown County, signs for wild boar hunting, the lodge for the Tri-County Nite Hunters, the world-famous historic Tower Tree in Greensburg, IN (renowned for having trees growing from the roof of its courthouse 110’ above the street). I shouldn’t mention the last thing, but I can’t help it. Today was the first time I ever saw someone barefoot in a highway restroom. Needless to say, I didn’t stick around to see if he washed his hands before leaving. All I know is if Sarah had seen that she would’ve been gagging! 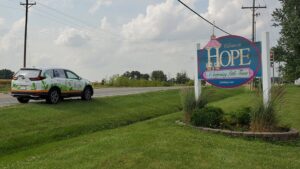 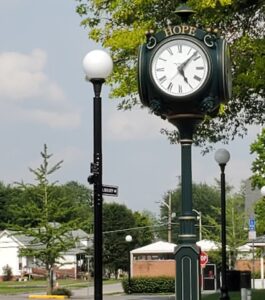 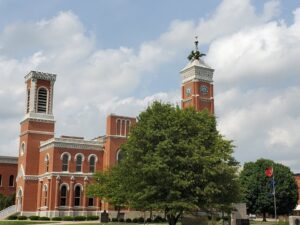 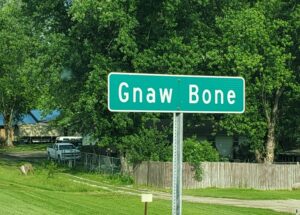 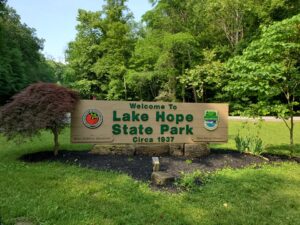 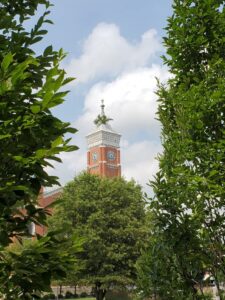 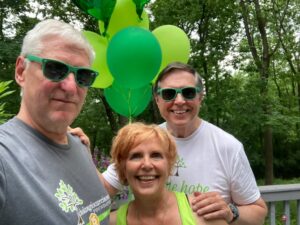 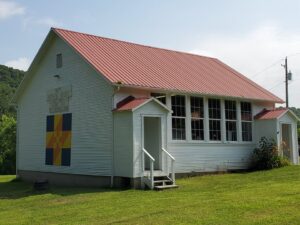 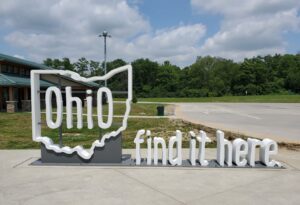 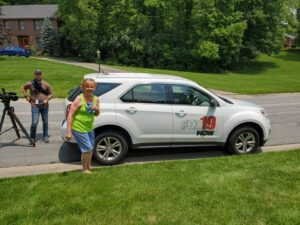 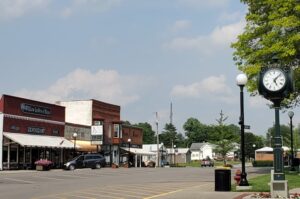 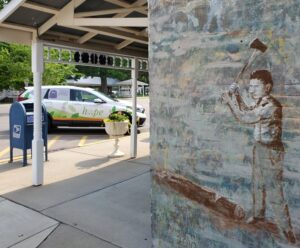 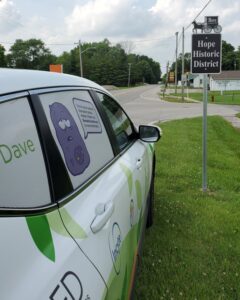