This afternoon I had the opportunity to meet up with Tina Andera and Mindy Cooper (Warriors) at the Welcome Center in Cheyenne, WY. While the wind occasionally gusted to levels I thought we should take cover, Tina and Mindy remarked that this was a normal day in these parts, and not to worry. With that, they each shared their cholangiocarcinoma story. Mindy’s journey dates back to 2008, and Tina’s to 2018. Over the past month, I’ve seen and heard that everyone’s journey is different. Yet, on the emotional/psychological side, there are many similarities. What’s particularly important and beneficial is for everyone to have a support network; whether that’s family, friends, or someone that appears on the surface to be for an unknown reason. Sometimes, those are the most compelling. One of my favorite quotes, which is attributed to Dr. Seuss, goes “To the world, you may be one person, but to one person you may be the world”.  That’s pretty powerful, as we can probably all recall those that have helped us through various life challenges.

Backing up to this morning, I made my way from North Platte, NE, along to Chimney Rock historic site, and then on to Scottsbluff National Monument in western NE. Part of this drive was along the North Platte River and segments of the old Oregon Trail. At Scottsbluff, several pioneer trails merged or ran close to each other. These included the Oregon Trail, The California Trail, The Mormon Trail, for a short period the Pony Express Trail, and then the western development of telegraph (making the Pony Express a has been in short order). There, I met with a journalist from the Star-Herald, Scottsbluff’s local newspaper, to conduct an interview about my journey. I remind myself every day how fortunate I am to be able to share this story with others.

After that, as I headed towards Eastern WY, I told myself there was a good chance that I’d lose cell and internet access. That was important today, as I was to be interviewed as part of a Town Hall meeting for Zymeworks, one of the trip’s sponsors. There were two named locations over a 50-mile span on my map, that I thought I’d have a good chance of having cell coverage. Alas, when I raced into (I suppose I should say pulled into) a rest area in Meriden, WY, right on schedule for the call, there was zip/zero coverage. Luckily, the CCF staff had my back, and I understand it went well. I give my thanks to Zymeworks, and the CCF staff once again. Also, I had the opportunity to read a sign about the importance of protecting the Grouse’s habitat, so that the Western Grasslands can remain a viable entity!

Finally, I was going to get into my observations from the past two days as to how much irrigation is needed for agricultural purposes in the U.S. Since that’s a whole story in itself, I’ll save it for another time. However, according to the U.S.D.A.., and the U.S.G.S. (Geological Survey), it amounts to over 80% of all water usage in the country; and in western states, it’s 90%. When you think that in 2015 the country consumed 322 billion gallons a day, that’s a lot!! 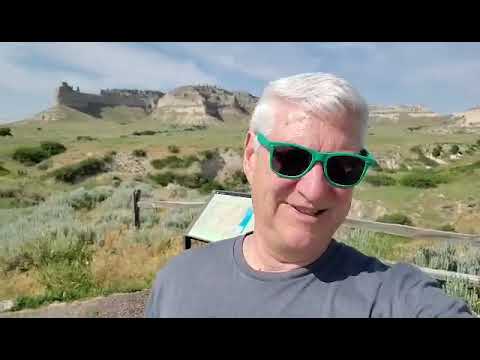 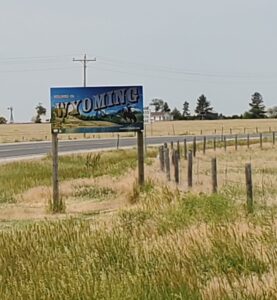 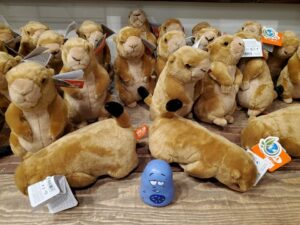 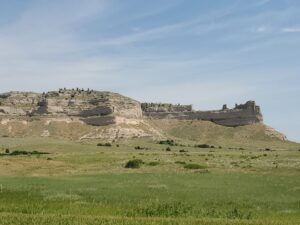 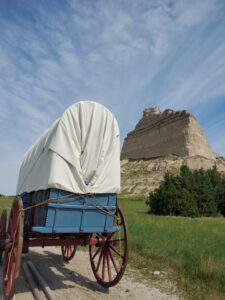 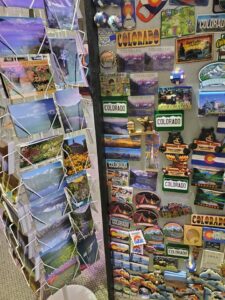 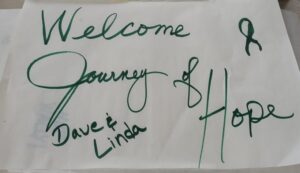 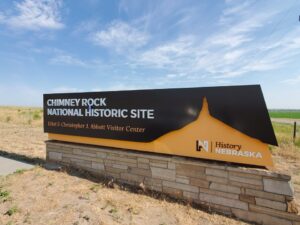 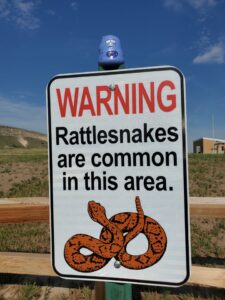 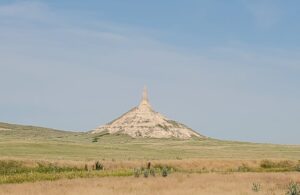 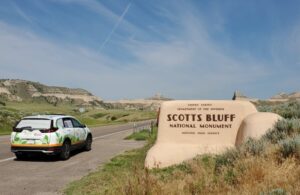 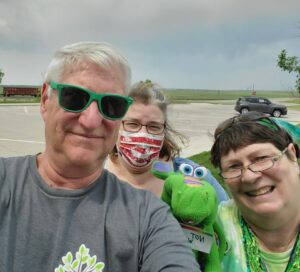 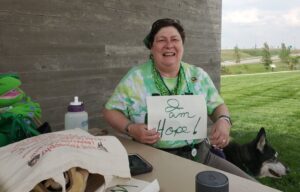 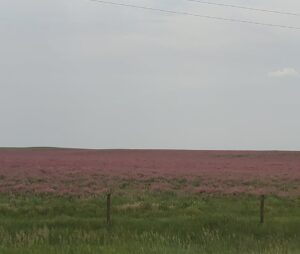