On June 9, 2020, James Michael Phillips, a beloved husband, father, and friend, lost his courageous battle with bile duct cancer, which was exacerbated by primary sclerosing cholangitis (PSC). He is survived by his wife Sheila, daughter Courtney, and son Zachary.

James was born in Providence, Rhode Island and grew up in nearby Johnston. Upon his graduation from high school, he attended Northeastern University in Boston, Massachusetts, where he received a B.S. in Criminal Justice in 1986. He then moved to Washington, D.C. where he began a lifelong career of public service in the federal government.

While working for the Department of Justice in the 1990s, James met his wife Sheila, and they married in September 1996. They raised their daughter Courtney and son Zachary in Stafford, Virginia. Since 2003, James worked for the U.S. Department of Homeland Security, where he most recently served in the role of Director of Legislative Affairs in the Office of the Secretary.

To honor James’s life and memory, his family is initiating a campaign to raise funds for the Cholangiocarcinoma Foundation, so that further research can be done to study this disease.

Click here to contribute in the name of James Michael Phillips 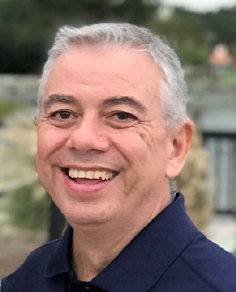