My name is Libby Wolfe. I live in Pewaukee, Wisconsin. I grew up in Connecticut, went to college in Virginia, and moved to Chicago in the 1970s. In Chicago, I worked as a property manager for a Real Estate firm. I was involved in the office administration, worked on condominium conversions, and also as a Realtor. After the birth of our daughter, we moved to Williams Bay, WI. I received my Montessori Early Childhood teaching certificate. My business partner and I opened up Lake Geneva Montessori School. We owned the school for 18 years and then sold it to one of our teachers. I am pleased to say that the school is continuing to serve the Lake Geneva community.

Shortly before selling the school, I enrolled in an MSW program. Upon completing the program, I realized that my strength was in working with young children and their families. I accepted the position of Early Childhood Director at a large Montessori school in the Chicago suburbs. For the next seven years, I enjoyed the rich learning environment and the dedicated and creative approach of the teachers. At the end of my sixth year of teaching at the school, I decided that I wanted to spend more time with my daughter and her family. I retired in mid-July of my seventh year. In August, I went to the ER for what I thought was a UTI. The ER doctor thought it appeared that I might have a kidney stone. Further imaging and testing led to the diagnosis of HCC. This came as a total shock to me.

I did not tell anyone for a week about the diagnosis. I finally confided in my Pastor. She helped me prepare to share the diagnosis with my daughter and sisters. We were all stunned. Initially, I was referred to a medical center to be assessed for a liver transplant. I was not comfortable with getting a transplant and I was not very confident with the doctor. I also consulted with the surgeon at this institution and he expressed confidence in doing surgery. My daughter, who is my caregiver and patient advocate, and I visited two other medical centers. One discussed the liver transplant and also offered surgery. The other medical center offered the surgery and did not think that the transplant was necessary. With the three recommendations for surgery, we chose surgery. We chose to have the surgery done at a medical center where I had had open-heart surgery. The surgeon was experienced and we felt confident. As we were going through all this planning, I became depressed, anxious, and paranoid. As a result, I was admitted to the psych ward of the medical center where my surgery was scheduled. The strong team approach of all departments helped me work through the mental and emotional issues. Four months after the initial diagnosis I had my resection. The pathology showed that I had ICC, not HCC.

in 2015 the prognosis for Intrahepatic Cholangiocarcinoma was very bleak. I was the only person we knew with Cholangiocarcinoma. We needed to find a support group. My daughter found the Cholangiocarcinoma Foundation (CCF). At last, we had a group of people who understood what we were going through. My daughter also found some FB Cholangiocarcinoma sites. Through one of the sites, we connected with two survivors who reached right out to us. What a relief to have others to talk to. CCF is an invaluable resource for all of us. Each year CCF hosts a conference which is attended by patients, caregivers, doctors, researchers, and pharmaceutical companies. As a result, there have been great strides in treatments and the availability of clinical trials. It is my understanding that at this time, there are more CC clinical trials than ever.

Since my initial surgery, I have also had an ablation, SBRT, participated in a clinical trial, had palliative radiation, targeted oral chemo, a short time on Gem/Cis and I am currently being treated with Folfox. Whenever imaging and blood work indicates that I need further treatment, I always share my information with the FB group and oncologists whom I have gotten to know. If we feel it is needed, I will go and get an onsite second opinion. CCF has given us all access at the conferences to the leaders in the Cholangiocarcinoma field. In addition, we learned the importance of understanding mutations and that prompted us to submit my tissue samples to Foundation One. Also, we learned the importance of finding a doctor with experience in treating CC.

Recently when we decided to change oncologists, we were given great guidance by one of the oncologists we met through CCF. In addition, there was valuable input from other patients and caregivers. CCF also has a program called CholangioConnect made up of volunteers. I volunteer with newly diagnosed patients and my daughter volunteers with caregivers. This is very rewarding for both of us. We are happy that no one needs to feel as alone and confused as we did at the time of diagnosis. I depend on my faith and on hope to stay positive about my life with CC. My new oncologist and his team are very hopeful and always “looking down the road" for what is next. I am 69 years old and I have a good quality of life. The support and compassion that my daughter and I receive from other patients, caregivers, doctors, and the CCF staff all contribute to our well-being. CCF has provided a safe place for us to share our stories. 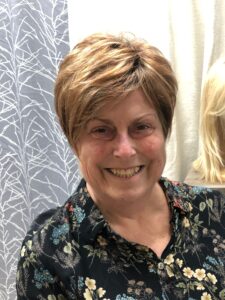