Facts About Vietnam Veterans and Cholangiocarcinoma

Questions have to be answered before admittance

Please note, these Facebook
pages are not managed by CCF. 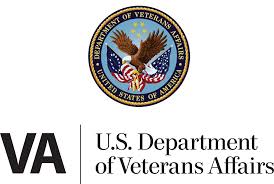 The Department of Veterans Affairs recently created a page to inform Vietnam Veterans and others who served in areas where the liver flukes are prevalent, so they can be aware of the symptoms of Cholangiocarcinoma.

Although, the VA acknowledges the risk of the veterans being exposed to liver flukes, they state, they do not have sufficient studies to say whether Vietnam Veterans are getting this cancer at a higher rate than other groups of people.  However, not having studies does not negate the fact that Vietnam Veterans were exposed to one definitive risk factor (liver flukes) and another possible risk factor (dioxin).

Cases brought to the VA for approval for service connection in regard to both liver fluke and herbicide exposure have been granted and approved. In approving these cases, it demonstrates the VA recognizes the connection.  Therefore, it should be recognized in all cases.

As far as studies go, The National Academy of Sciences (NAS) is responsible for compiling data to determine what illnesses Vietnam Veterans are getting due to Agent Orange (Dioxin would be included in this).

In speaking with the Staff Director who is in charge of the study, he conveyed that due to the fact Cholangiocarcinoma is such a rare cancer, it is not possible for them to study it in relation to Agent Orange exposure. For these types of situations with a rare cancer, it takes something other than reviewing scientific information to determine if Vietnam Veteran are getting this cancer at a higher rate than other groups of people. Also, they are not able to study the connection of the liver fluke in relation to Vietnam Veterans, since it has only been approved for them to study herbicide exposure.  As a result, the question that should be asked, is what proof does the VA have that Vietnam Veterans are not getting this at a higher rate than other groups of people?