My scheduled visit today, was at the home of Heidi Garringer Rhea (warrior) in Mandeville, LA. I met a number of Heidi’s family members, her husband, her daughter, Heather, grandchildren, as well as Tara Boynes (caregiver), and her friend, Terri. Tara lost her father to cholangiocarcinoma months after being diagnosed. During my visit, I learned more about an Oktoberfest fundraiser Heidi is doing again, for cholangiocarcinoma research. Heidi is expecting around 2,000 people for this year’s event so get your tickets early!

Heidi was very generous in giving me a gift basket of local LA. food products. I have to admit that I had never heard of King Cake before. King Cake is a very colorful cake, think Mardi Gras colors, which includes a plastic baby inside it. Whoever gets the slice of cake with the baby in it, has the responsibility of making the next one, or something like that! Heidi’s husband told a story about sending one of these finished cakes to someone in IN. Apparently, when that person opened the box and saw the various colors, they thought it had spoiled and turned bad: so they threw it out! What a hoot.

Leaving Mandeville, I headed west to Port Arthur, TX on a couple of interstates, before bailing due to crashes, construction, etc., amounting to over two hours of delays. If I’m going to experience lengthy delays like that, I always feel it’s better to be moving and see the sights; whatever they may be.  I was greatly relieved to be able to view some different scenery, including Atchafalaya; America’s largest river swamp, the Sabine National Wildlife Refuge, beaches along the Gulf of Mexico, and even the scale of the energy/refining business in these parts; including the now infamous Colonial Pipeline. That’s the pipeline that recently had to shut down temporarily due to ransomware attacks. What was difficult to view was the destruction done in 2020 (I believe) by two hurricanes. Visible remnants are all around the greater Lake Charles, LA. area. These include lots of blue tarps on roofs, canopies that no longer exist at empty gas stations, and trees ripped apart. Even more difficult to comprehend is what appears to be blocks of vacant properties along the Gulf, where homes used to be. As we know, Mother Nature takes no prisoners.

By the way, if you want to know how to say Atchafalaya, they say it’s easy. It starts like a sneeze: “uh-cha-fuh-lie-uh”. 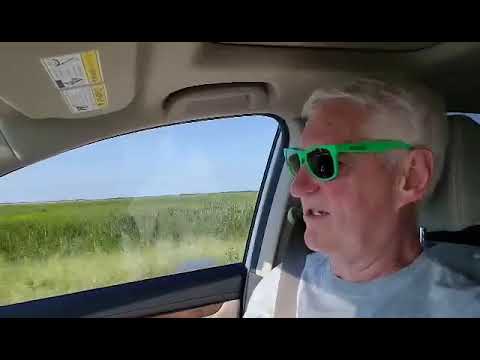 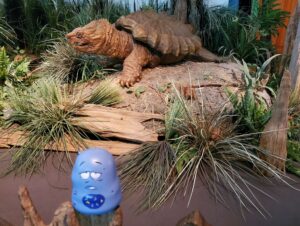 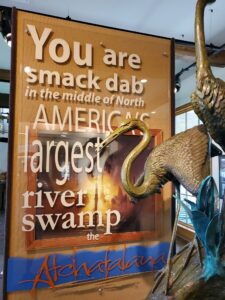 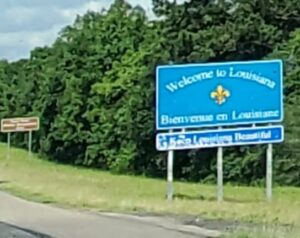 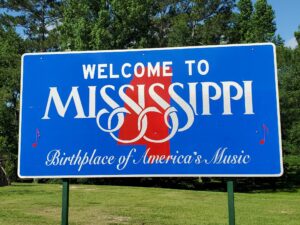 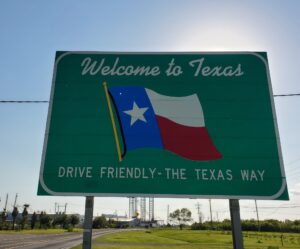 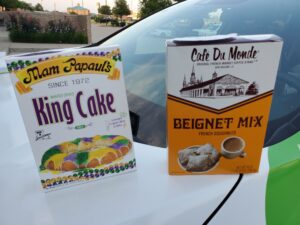 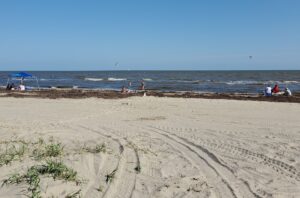 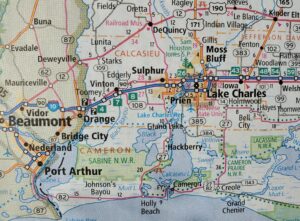 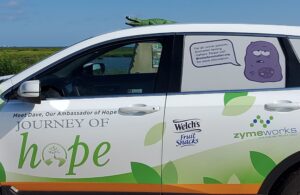 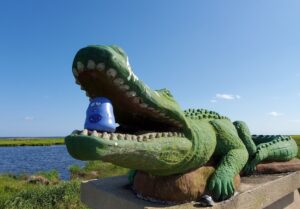 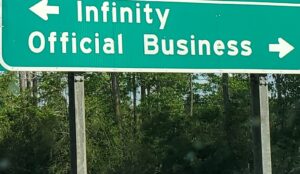 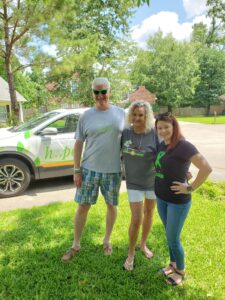