At the 9th Annual Cholangiocarcinoma Foundation Conference, the communications team introduced a new social media campaign, “Living with #CCAHope.” CCF has been sharing stories of hope from the entire cholangiocarcinoma (CCA) community throughout the year and will continue to do so throughout 2023.

Since the announcement of this campaign, several individuals have shared how they are finding hope, including Delorean Ostrom and his “Racing for Hope” campaign. Delorean spreads awareness about CCA by running a monthly marathon in honor of his wife, Mandy, who is living with the disease. In late July, Jonathan Whiting attempted to swim across the English Channel for his campaign, “21 Miles of Hope,” in memory of his late wife, Lori, who passed away from CCA. Although Jonathan didn’t complete the swim because of safety concerns, many community members rallied around him and helped raise awareness and funds for his cause that benefited CCF.

Others have shared what Living with #CCAHope means to them across social media platforms. Their stories have inspired several individuals to host events in their local communities to spread awareness and raise much-needs funds for research. Whether you are a patient or know a patient, there is more reason than ever to have hope for an earlier diagnosis and advanced treatment options. CCF  invites you to download the provided PDF and share how you are Living with #CCAHope on social media. Be sure to tag CCF and include the hashtag #CCAHope so we can share your stories. 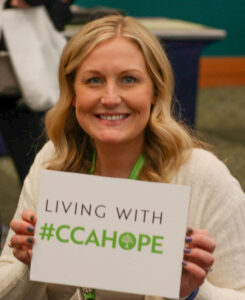 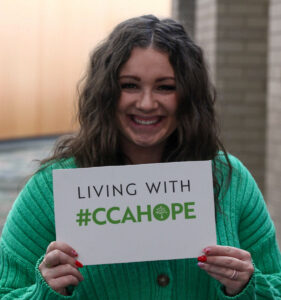 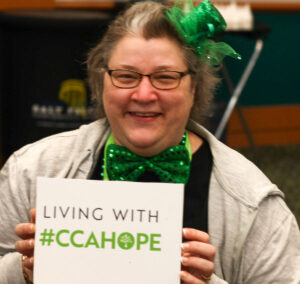 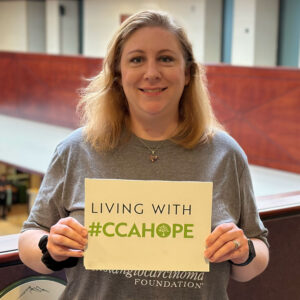 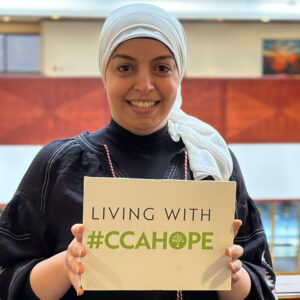 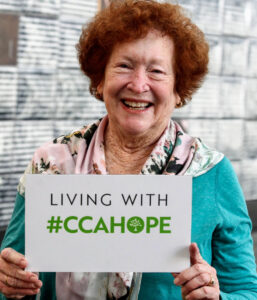 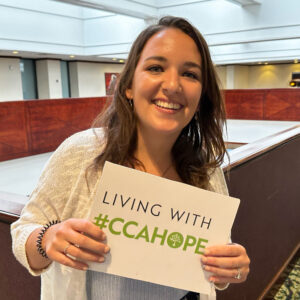 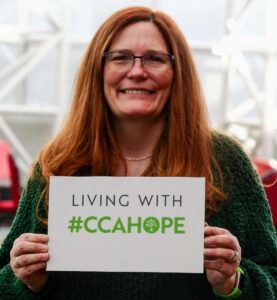 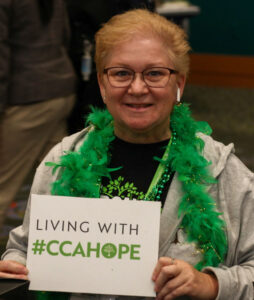 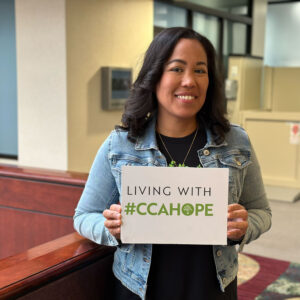 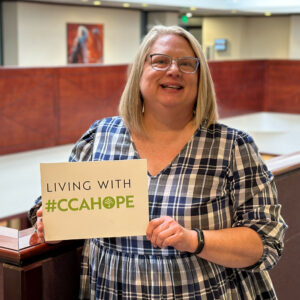 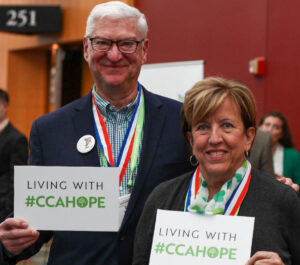 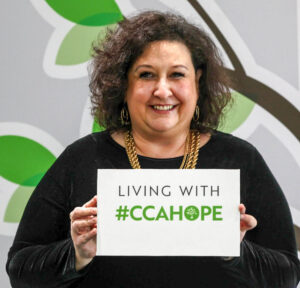 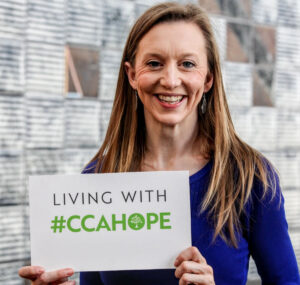 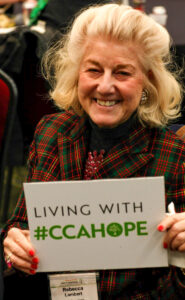