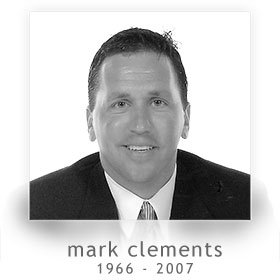 In October of 2005 my family gathered together at our brother’s request. Mark and his wife, Marianne, expecting their fourth child a few weeks later, told us that he had been diagnosed with inoperable, incurable cancer. Stunned silence was immediately followed by confused tears.

When my husband and I got home that night, I immediately got on the computer and began what would become 15 months of intense research, networking, and soul-searching. My family made a plan. Mark would look after his well-being; Marianne would take care of their newborn son, Lucas, and their other three children: Patrick, Chase, and Tessa. My mother, father, two sisters and I would divide and conquer everything else.

Those first weeks and months of research were heart wrenching as I realized there wasn’t much information to be found. Some of the information was buried in PubMed, but I realized if I wanted to understand what was there, I would have to learn a new language, so I learned it.

Bit by bit, information was cobbled together from the dozens and dozens of conversations I had with physicians across the country willing to hear our story and take a look at Mark’s medical records. Pieces of information and additional research from other patients were assessed and integrated where applicable. False hope and miracle cures abounded, but we were willing to take a look at everything, without restriction.

We worked long hours trying to provide hope for Mark, his family, and ourselves. In the end, my family did not receive what it had hoped and worked for, but we did receive comfort in answer to prayer, clear direction from above, and abundant love from the many patients and friends we had connected with in the process.

As heart-wrenching as this journey was for us, we were determined that no one else should have to invest the time and effort we did to gather information and surround themselves with an empathetic community. Somehow, we would find a way to endow others with hope and support. Out of this desire came The Cholangiocarcinoma Foundation.

This Foundation was born out of love, and every hour that has gone into it has been volunteered by board members each one having lost a loved one to cholangiocarcinoma or suffering from cholangiocarcinoma and surviving. Many others have volunteered their time and energy to filling a need. Our vision for the foundation expands every day, it is our hope to find a cure and in the meantime to provide support, to advocate for patients and to educate those who do not yet understand.