Mark Patrick Miller’s stoic battle with bile duct cancer ended on November 24, 2020 in his home in Westminster, Colorado. He was 65.

Mark was born on November 10, 1955 in Denver, Colorado to parents Margaret Elizabeth Poarch and Charles Wayne Miller, both now deceased.

Mark is survived by his lifelong soulmate and wife, Michele Miller, their three children and their spouses, Jeremy Miller and Emma Thompson, Richmond, CA; Julia and Mario Carmosino, Timnath, CO; and Ryan and Jamie Miller, San Rafael, CA; and their seven grandchildren, Deirdre and Owen Miller; Sofia, Maria and Joseph Mark Carmosino; and Jackson and Everly Miller. He is also survived by his brothers and their spouses, Michael and Polly Miller; and Doug and Cheri Miller. He is also survived by his father-in-law, James Borquez; brothers and sisters-in law, Ken Borquez; Sharon and Andy Mead; Jerry Borquez; and Lori Heiliger and Brian Matte; along with many cousins, nieces and nephews. He is predeceased by his mother-in-law Donna Borquez and his brother-in-law, Tom Borquez.

From a very young age, Mark was an explorer and lover of the outdoors, which began as a Boy Scout. An avid backpacker, skier, mountaineer and fisherman, he completed the Colorado Trail, a 500-mile hike across the Rocky Mountains between Denver and Durango. Over the years, Mark summited more than 40 of Colorado’s 54 peaks over 14,000’, including two of the state’s most difficult, Crestone Needle and Long’s Peak.

Music was another of Mark’s great passions. He and Michele often traveled to Telluride for the Bluegrass Festival, their favorite annual concert. In addition to listening to music, he also cherished playing his guitars and banjo. Nearly every day since his retirement, he could be found in the family room playing songs by Neil Young, Bob Dylan, Jackson Browne, The Grateful Dead, and many more, often accompanied by Michele, his children and grandchildren late into the night.

Mark’s greatest passion was traveling with Michele. Some of their favorite memories were dinner beside the Rialto Bridge in Venice; dessert at the world’s finest churros and chocolate café at midnight in Madrid; and watching flamenco dancers spin through a tiny venue in Ronda, Spain. They also sipped French Grenache as they cruised the dark waters of the Rhone River in France. They got lost for hours in the medieval streets of Bruges before finding themselves exactly where they had started. They pulled pints of Guinness at St. James’s Gate in Dublin. They hiked along the base of the Matterhorn framed against cloudless brilliant blue skies. They were educated in the fine art of pickpocketing in the Paris Metro. Most romantic of all, they re-enacted the balcony scene from Romeo and Juliet in Verona.

In 1973, Mark graduated from Westminster High School where he played basketball and varsity baseball. After a short stint as an electrician, he became a member of the first class of full-time firefighters hired by the Westminster Fire Department in 1975. In his 30-year career with the WFD, he rose to the rank of Captain. A defining moment in his career came in 1985 when he was the acting officer at the scene where two Burlington Northern trains collided head-on under a US 36 overpass, causing its collapse.

Mark received a bachelor’s degree from Western Oregon University, and he graduated from the prestigious United States of America Executive Fire Officer Program at the National Fire Academy in Emmitsburg, Maryland in 2012.

Mark was a gifted natural storyteller and was well-known for his caring, jovial and emphatic personality, especially beloved by his fellow firefighters.

In his 40-year career in the fire service, he mentored dozens of firefighters, helping to instill confidence and navigate the difficult aspects of the job, as well as being an inspirational leader and co-worker. In spite of a long and successful career, Mark never considered himself a “hero” and often warned young firefighters to avoid viewing themselves as more than public servants.

In 2005, Mark and Michele moved to Cambria, California where Mark began his Cambria Assistant Fire Chief position which continued for several years until he assumed the role of Fire Chief. Before retiring in 2015, he became a beloved member of the Cambria and surrounding Central Coast communities.

To quote a recent sentiment by Cambria board member Amanda Rice: “Mark’s emphatic leadership style inspired loyalty and broadened shared understandings. He served Cambria with humility, gratitude and a well-balanced outlook that was contagious.” Michele’s reflection: “Those qualities defined Mark’s leadership style, but they were also part of many other revered traits that guided him through life and made him the immensely loved and admired man he became.”

A celebration of Mark’s life will take place during the spring of 2021 or as soon as COVID-19 conditions allow for a safe gathering. Please watch Facebook and Caring Bridge for future details. 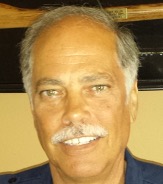 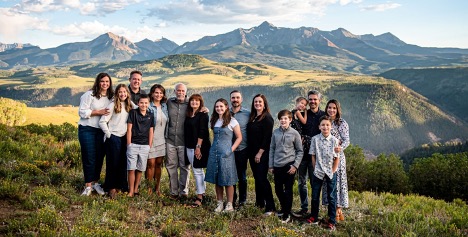 A life well lived is a precious gift
Of hope and strength and grace,
From someone who has made our world
A brighter, better place
It’s filled with moments, sweet and sad
With smiles and sometimes tears,
With friendships formed and good times shared
And laughter through the years.
A life well lived is a legacy
Of joy and pride and pleasure,
A living, lasting memory
Our grateful hearts will treasure
By Anonymous

Click here to contribute in the name of Mark Patrick Miller