From the ASCO Post, by Melinda Bachini, as told to Jo Cavallo

In the fall of 2009, I began experiencing some abdominal discomfort, pain in my right shoulder, and severe fatigue that were easily explained away as the result of gallstones and by my career as a paramedic. I had many of the risk factors for gallbladder disease, and both my mother and sister suffer from gallbladder disease.

Plus, my job necessitated that I carry a pack and monitor on my right shoulder when I was on an emergency call, which explained the shoulder pain. I ate at odd hours of the day and night—and not always healthy meals—and worked 24-hour shifts, which may have accounted for my extreme fatigue. It never occurred to me that these symptoms might also be caused by a rare bile duct cancer called intrahepatic cholangiocarcinoma.

By the time I received the diagnosis, the malignant tumor covered nearly all of the right side of my liver. I had done enough research on the cancer to know that it was an advanced stage of disease, but I was assured by my surgical oncologist that I was a good candidate for surgery.

Although the operation went well, and we were optimistic that the cancer was gone, 3 months later, imaging scans found tumors in both my lungs. I now felt certain the cancer had already metastasized by the time I had the surgery, but I’m glad it wasn’t discovered until later because I would not have been eligible for surgery. I believe that having the extra time the surgery bought me enabled me to find a clinical trial that has saved my life.

Choosing Quality Over Quantity of Life

I met with my oncologist to discuss the next steps in my treatment plan. I knew enough about the course of advanced-stage cholangiocarcinoma that the standard of care he recommended, including infusions of gemcitabine and cisplatin, was not going to cure me. At age 41 and with six young children to raise, just buying a little bit more time wasn’t good enough for me. A clinical trial my oncologist then offered seemed promising, but my insurance company wouldn’t cover the routine costs of patient care involved in the study. Worried about putting my family in financial jeopardy, I declined the trial.

Now, left with chemotherapy as my only option, I reluctantly started treatment with gemcitabine and cisplatin. Six months later, the side effects from the drugs, including peripheral neuropathy in both my hands and feet as well as tinnitus, were so severe I had to stop the cisplatin. With the tumors continuing to grow and now spreading to my liver, my oncologist added docetaxel to the mix, but both the side effects and tumors continued to grow. My quality of life had deteriorated so much over the 2 years since my diagnosis, and I decided to stop the treatment.

The decision was devastating for me. But I wanted quality time over quantity of time, so I could be present in my children’s lives, for however long that might last.

By April 2012, there were numerous tumors in both of my lungs and liver, I had a chronic cough, and I could barely make it up a few steps. I knew I only had a few months to live. One night, while paying medical bills online, I happened upon a clinical trial that Steven A. Rosenberg, MD, PhD, Chief of the Surgery Branch at the National Cancer Institute (NCI), had launched to investigate whether tumor-infiltrating lymphocyte therapy could be effective for patients with various types of metastatic cancer. The study was appealing because it was federally funded, and all the medical costs associated with the trial (including travel expenses from my home in Montana to the NCI hospital in Maryland) were covered. There would be no financial burden on my family for my treatment.

Although I knew the therapy was experimental and none of the previous eight patients who had received tumor-infiltrating lymphocyte therapy had experienced a benefit from it, I figured I had nothing to lose and enrolled in the study.

I first underwent surgery to remove several tumors from my right lung. Immune T cells were then extracted from the tumors and expanded in number in the laboratory. More than 42 billion of these cells were infused into my body and were supported by high-dose interleukin-2. Within a week after receiving my first infusion, my cough was gone, and I could walk up several flights of stairs without becoming winded. My first imaging scan a month later showed that all the tumors in my lungs and liver were shrinking. Over the next year, the tumors continued to shrink and remained stable, but then they started growing again.

A second infusion, this time with 127 billion tumor-infiltrating lymphocyte cells, in October 2013, reduced the size of my tumors by another 60%. One month after receiving the therapy, I went downhill skiing with my family, and life was good.

I remained stable until 3 years ago and then received the checkpoint inhibitor pembrolizumab, which was so successful in shrinking my tumors that, today, there is no evidence of active tumors anywhere in my body.

Of the several patients with a variety of solid tumors originally enrolled in the tumor-infiltrating lymphocyte clinical study, I am the only one with cholangiocarcinoma to have responded to the therapy, and I have survivor’s guilt.

As a paramedic, I have seen a lot of death, but I wasn’t prepared to come to terms with my own mortality. Since my diagnosis over 10 years ago, my perspective has changed, and every day is a gift. To give back to the cancer community, I became a patient advocate for the Cholangiocarcinoma Foundation (https: //cholangiocarcinoma.org).

Through my work with the foundation, I know there is a lot of research underway to find more effective therapies for the approximately 8,000 people diagnosed each year with this lethal cancer in the United States. I know that researchers like Dr. Rosenberg are working around the clock to improve the dismal 5-year survival rates, and I’m so grateful to them for their tireless work and endless compassion. I want to see every patient with cholangiocarcinoma have the success I’ve had.

Until then, I will continue to make a contribution to this cancer community that has given me back my life. 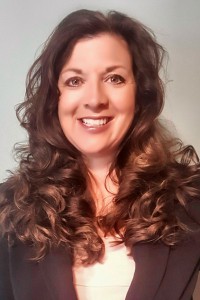 Diagnosed with stage IV cholangiocarcinoma, I enrolled in a study investigating tumor-infiltrating lymphocyte therapy. That was 10 years ago.