I can’t speak for other rare cancer populations, but the cholangiocarcinoma community is fairly tight knit.  In some ways, we are like members of the same college class after graduation.  We’re spread all over the globe, but when we talk it’s with the familiarity and an intimacy of old friends, and we even occasionally gather for pseudo reunions.  Many of us chat weekly and even daily, and through forums like the discussion boards on this site and Facebook support groups, we get to know each other despite the vast space between us.

Our next two patient features come to us from different countries and even different hemispheres.  One remarkable cholangiocarcinoma reality, however, is that an instantaneous comradery seems to form that transcends distance.  This week’s patient, Andy Tebbutt, was known to me through our Warrior Facebook group.  We had not interacted before one on one, but I was aware of his story and already acquainted with his keen sense of humor.  Our hour and a half together to prepare for this post was a blend of that wit and an education for me as I came into the conversation with little knowledge on the Australian medical system.

So allow me to introduce Andy: Aussie, comedian, father, friend, and warrior. 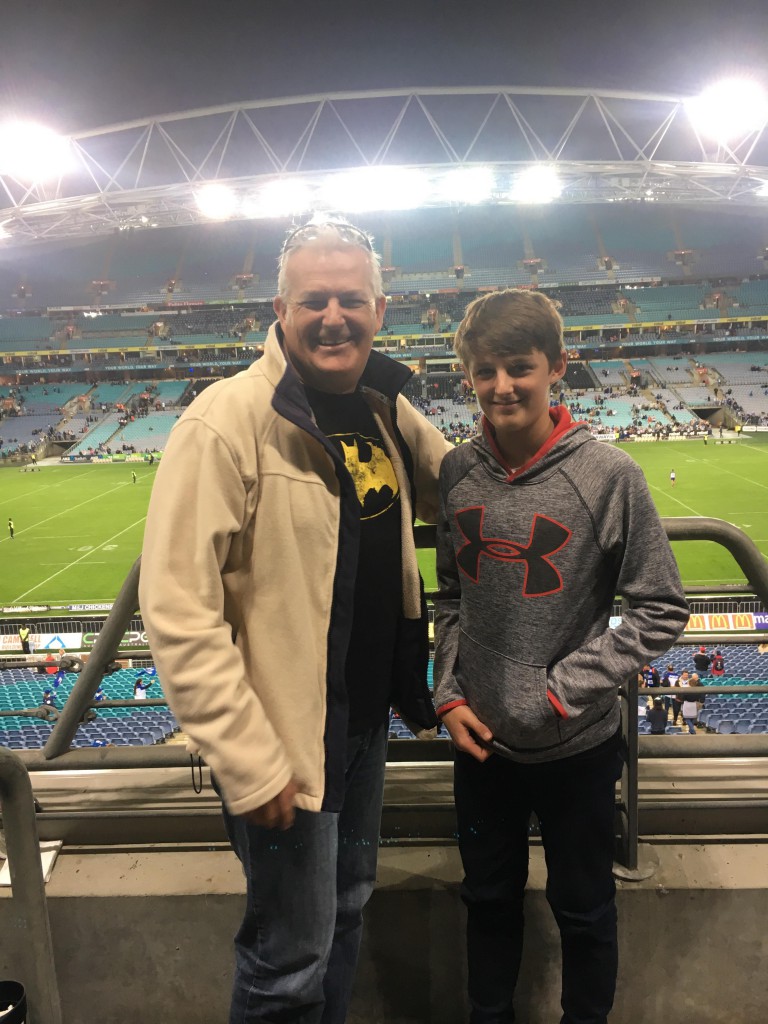 In early 2016 Andy began to feel unwell.  It started with that sort of vague ‘off’ feeling followed by a diminished appetite.  He gave the symptoms time to resolve on their own, but after a couple of weeks, two new, alarming signs arose: his urine turned dark, and he began to show early signs of jaundice.  A busy father of three, he made time to see his primary care doctor, and by July he was getting his first scans to investigate what seemed to be going awry inside.

The imaging revealed a mass in his distal bile duct, and in early August he was officially diagnosed with cholangiocarcinoma.  The turnaround on a course of action was quick and decisive.  His doctors classified his case as stage one, and he was scheduled for a Whipple surgery the first Monday in September.  As is common practice, he went in for his final imaging the week before, and that Friday, August 28th Andy’s doctor called him asking to see him immediately.  Andy’s first thought was that the news couldn’t be good, and in what would become a pattern of intuition, he was right.

The doctor had cancelled surgery, and when Andy and his partner, Rachael, arrived for the appointment, they were given the news that not only was surgery off, but his staging had advanced from stage one to stage four, inoperable; the cancer had spread into his liver.  A stent placement had him in the OR anyway that Monday, leading to a painful bout of pancreatitis and a prolonged stay in the hospital. 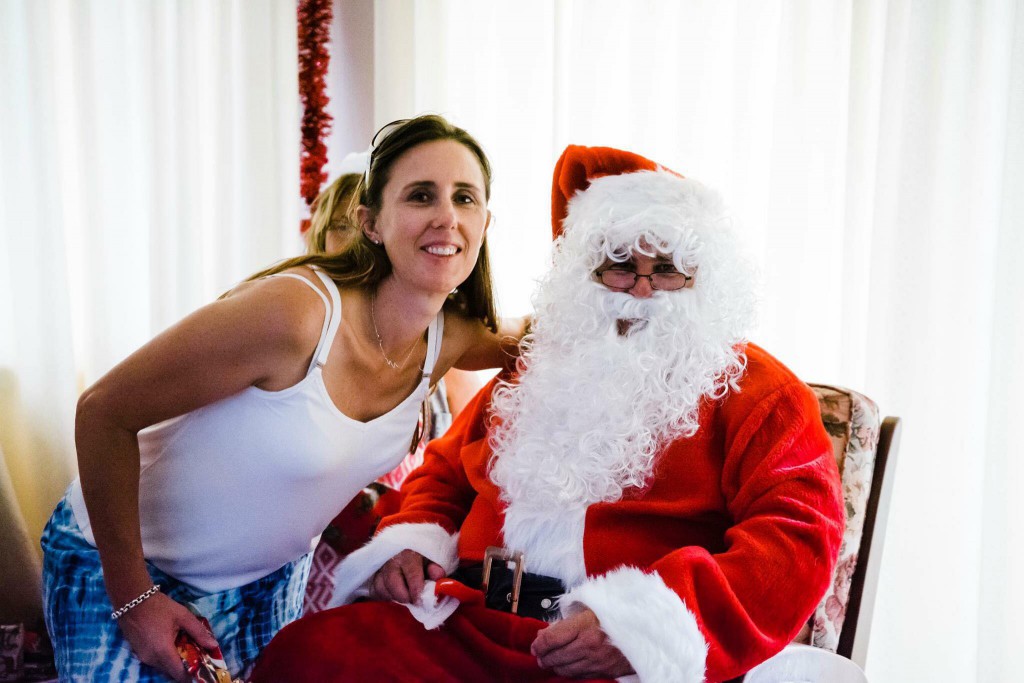 Facing a new path forward without the prior clear direction, Andy turned to ‘Dr. Google’ to see what else he could do to help his body recover and prepare for chemo.  He researched supplements, and he adjusted his diet, specifically cutting out sugar.  He also reviewed the chemo side effects with an eye towards prevention and being proactive.  To that end, he decided it might be good to spare his children the experience of his hair coming out in clumps (in his words, “the two oldest would have made fun, but it would have scared my youngest one”), so he headed to the barber for a tight buzz cut. 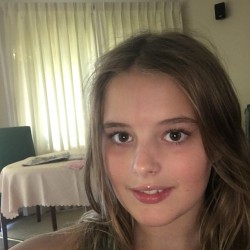 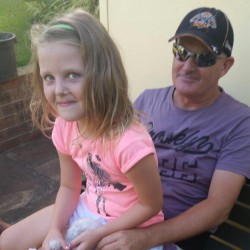 Andy and his girls. 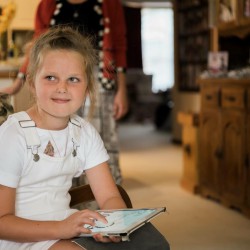 When he arrived for his first chemo, the nurse looked at him and asked if he’d cut his hair specifically for the occasion.  He said that he had, and she broke the news that his regimen, gemcitabine and cisplatin, does not typically cause complete hair loss.  He has a sense of humor about the whole thing now, laughing that he’d had his head shaved for nothing.

Fortunately, the gem/cis combo was tolerable for Andy in other ways.  He avoided the possible nausea, mouth sores, and the like, and through Christmas of 2016, he says he felt surprisingly well.   A scan mid-January of 2017 showed that the lesions in his liver had disappeared, and all that remained at that time was the primary mass.  To celebrate and to give his body time to recover, Andy was gifted a six-week chemo break before he went back to it until another scan in May, which, to his medical team’s shock, showed no active, measurable disease.

Everyone was delighted with the positive response Andy was having to chemo, but he knew from research and networking that the cancer was likely to return.  Three months later he began to feel out of sorts, and he reached out to his doctors asking for a scan.  They told him it wasn’t yet necessary, that his blood work was still good, but they respected his intuition, and by the middle of August he had been scanned and had confirmation that his cancer had indeed returned.

On two other occasions Andy’s mental connection with his body has served him well.  Twice during his journey he’s headed to the emergency room with fevers of unknown origin.  In each instance, he told the doctor his suspicions, the first visit a blood infection, and the second a bout of cholangitis, and each time the doctor waved Andy’s suggestions away.  To Andy’s amusement, both times the doctors had to come back, chagrinned, admitting that Andy had been right.

He could have at that point returned to chemo, but he heard of a phase one immunotherapy trial opening up about 20 minutes away in Sydney, and knowing the possible positive outcomes of these drugs being offered in other cases, Andy decided to consent to being part of the trial.

Given the small population of cholangiocarcinoma patients in Australia, there are relatively few trial opportunities, and molecular profiling is not as prolific as it is in other parts of the world.  Without knowing a patient’s genetic predisposition, doctors will try to get patients into any seemingly relevant studies that are being offered.  This was the case with Andy, and he was the first patient in Australia to try this specific medicine.

After only two, month-long cycles, in November Andy began to feel discomfort around his liver, a sensation he likened to a tightness in his abdomen.  The trial doctor decided to scan the region, and growth of the tumors in his liver led to the decision to take him off of the trial drug and put him back on chemo.  Since that time, he’s developed pain in his side that reminds him of a stitch from running.  Aside from that discomfort, he’s noticing a little more fatigue since his last course of chemo, but by and large he still feels well.

One step he’s taken to maintain normalcy through his cancer journey is to stay busy, and he joked that he finds himself saying no less since his diagnosis.  He continues to work and coaches his children in cricket a feat made exponentially more impressive by the length of matches (Andy taught me that the pros play matches that span five days, however his kids max out at two).  He also likes routine, and he’s been known to bring his work with him to chemo to make use of the time.  This is one of several pieces of advice that he said he would give a newly diagnosed patient.  “Keep living your life,” he said.  “Don’t put things off.”

His other advice to patients is equally practical.  In Andy’s eyes, we make our normal, and as much as he’s able, he chooses to keep things going as they have.  Since he tends to feel good on chemo days, he heads outside with his children to play basketball or will mow the lawn.  He also suggested that if a doctor gives an unsolicited life expectancy, patients should, “throw that straight away.”  With so many exciting treatment advancements on the horizon, time has become that much more unpredictable, and when a patient has been told an amount of time, they might feel burdened by what is essentially one person’s best guess.

Andy admits though, that, while he’s an even keel person, cancer comes with its disappointments.  He doesn’t like the ways cancer has influenced his world, and it sneaks into his everyday life in unexpected ways.  For example, he recently had his passport renewed, and he had the option of signing up for five or ten years.  Practical by nature, he chose the five, and noted that while he doesn’t fear death, per se, he will be disappointed by the things left to do, the words left unsaid.

That doesn’t mean he is without hope though, quite the opposite.  Andy said that when he reads statistics, he acknowledges that ours is a difficult disease, but he imagines himself in that small percentage of patients who live to see that five-year mark and beyond.

Another interesting twist Andy shared towards the end of our discussion is that, unlike many patients, he is not the first in his family to combat cholangiocarcinoma.  Unbeknownst to Andy, his father battled this cancer before passing in 2005.  Andy had been present through his dad’s illness, but for much of that time the doctors and Andy himself were under the impression that his father was fighting pancreatic cancer.  A bout of mini-strokes predating his cancer diagnosis made Andy’s father’s illness much harder to treat, and sadly he succumbed to the disease so quickly that it didn’t come out that the true adversary had been cholangiocarcinoma.

Andy noted that he isn’t one for “why me” though.  Science might one day offer a means to better predict cholangiocarcinoma risk, but in the meantime, Andy refuses to spend any time in the mind-spaced of wondering why.  Instead he focuses on his strength, his otherwise good health, and his time with his family.  He also says he doesn’t regret participating in the trial, and should another open, he will look again to assess its merit and potentially join.  Andy knows that experimental paths are becoming more prevalent as science advances and medicine becomes more personalized.  He will use chemo as a stop-gap, but it’s in the emerging science that he plans on finding his cure.

Stay tuned next week as we get to know Helen Scott in our final patient perspective post leading up to the conference.